The Brooklyn Nets finally have taken a firm stand against player empowerment for the greater good of the league and its family by grounding controversial star guard Kyrie Irving for the entire 2021-22 season – whether in-home or road games – unless he is vaccinated.

The Nets respect Irving’s choice but so does the NBA club have its own choice to make as the 6-2, 29-year-old Duke University product is under contract this season with a player option in 2022-23 (worth $36.5 million) to move out and seek free agency. 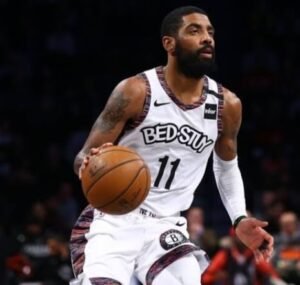 To make sure that Topak King, who has refused to get a COVID-19 vaccine because he is being “protected by God,” does not go running to the players union and file a grievance, the Nets will still pay Irving for the road games that he will be missing – or in the neighborhood of $17.5 million (based on 41 games each at home and on the road) of his $34.9 million stipends this season.

For good measure, Irving, who also claims that the vaccine is the work of Satan and other secret societies, won’t be offered a four-year, $186-million contract extension by the Nets, which the Melbourne-born is eligible to sign this month.

Already, Irving is set to lose more than $17 million for not being eligible to play at Barclays Center, home of the Nets, and at the Madison Square Garden, where the New York Knicks for not fulfilling New York City’s vaccine mandate that requires a person to show proof of at least one COVID-19 vaccine shot to be able to enter indoor gyms with large public gatherings.

Personal choices by NBA players not to get vaxxed – now at no more than 4 percent of the player population – must be respected all right. But their teams also have the right to protect their interests.

The Nets exercised their right to bar Irving from playing at home and elsewhere in the interest of the team, the city of New York, and the NBA in general.