It was in the sixties when my friends and I had so much fun playing basketball at a tender age. 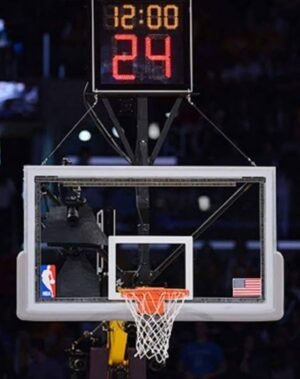 Most of the time, we would play by the “honesty” rules among ourselves – meaning we would voluntarily admit to a foul or an error during a game with only God as our witness.

In an official game that necessitated two whistletooters (the use of three referees were still way far down the road at the time), we would play by the rules adopted by the International Basketball Federation (FIBA), the world’s basketball-governing body, where backcourt violations were non-existent and no time limit for a field goal to be attempted was enforced until the FIBA adopted a 30-second shot clock in 1956, requiring teams to attempt a shot within 30 seconds of gaining possession and the shot clock reset to 30 when the ball touched the basket’s rim or the backboard (later also disallowed) or the opponent gained possession.

It was only in 2001 that the FIBA reduced the shot clock to 24 seconds – which, until now, is being utilized. (In 2015, the FIBA also tweaked the rule to allow a team that regains ball possession off an offensive rebound following a field attempt only 14 seconds to shoot again instead of resetting the shot clock to the full 24 seconds as it was done before.)

It was 67 years ago on October 30 that the NBA implemented a major rules change that would radically revolutionize the world of professional basketball.

That rule was the 24-second shot clock and the guy credited for its creation was Danny Biasone.

The owner-president of the Syracuse Nationals (the predecessors of the Philadelphia 76ers) at the time, Biasone convinced his fellow NBA club owners to adopt a shot clock for games starting with the 1954-55 season, when stalling and slowing down games had become a common form of strategy.

It eliminated the common stalling tactics that were being deployed, sometimes as early as the third quarter, by the team that was ahead in the game because there was no way for its opponent to catch up other than to commit a foul.

The shot clock curbed the end-of-game fouling and the ensuing avalanche of free throws that made for a dull game.

Biasone was turned off by a dreadful game played on November 22, 1950, between the Fort Wayne (now Detroit) Pistons and Minneapolis (now Los Angeles) Lakers at Minneapolis.

Without a shot clock, the Pistons edged the Lakers, 19-18, in what stands as the lowest final game score in NBA history until now.

In the fourth quarter, the Pistons outscored the Lakers, 3-1.

In 48 minutes of game time, only eight field goals were scored (four by each team) in 31 attempts, including 18 by the Lakers, who were powered by bespectacled man-mountain George Mikan’s 15 points on 4-for-11 field-goal shooting and 7-for-11 tries from the free-throw line.

The Pistons were chiefly responsible for the stalling tactics, holding the rock for minutes at a time without shooting (the team attempted only 13 times during the game) in order to keep Mikan at bay.

According to Maurice Podoloff, the NBA’s first commissioner, “In our game, with the number of stars we have, we of necessity run up big scores.”

Ironically, six weeks after the ugly Pistons-Lakers contest, or on January 6, 1951, to be exact, the Rochester Royals (the forerunners of the Sacramento Kings) and Indianapolis Olympians (now defunct) played a six-overtime game with only one shot taken in each overtime period. The Olympians won, 75-73, at Rochester.

Then came the Italian-born Biasone to the rescue.