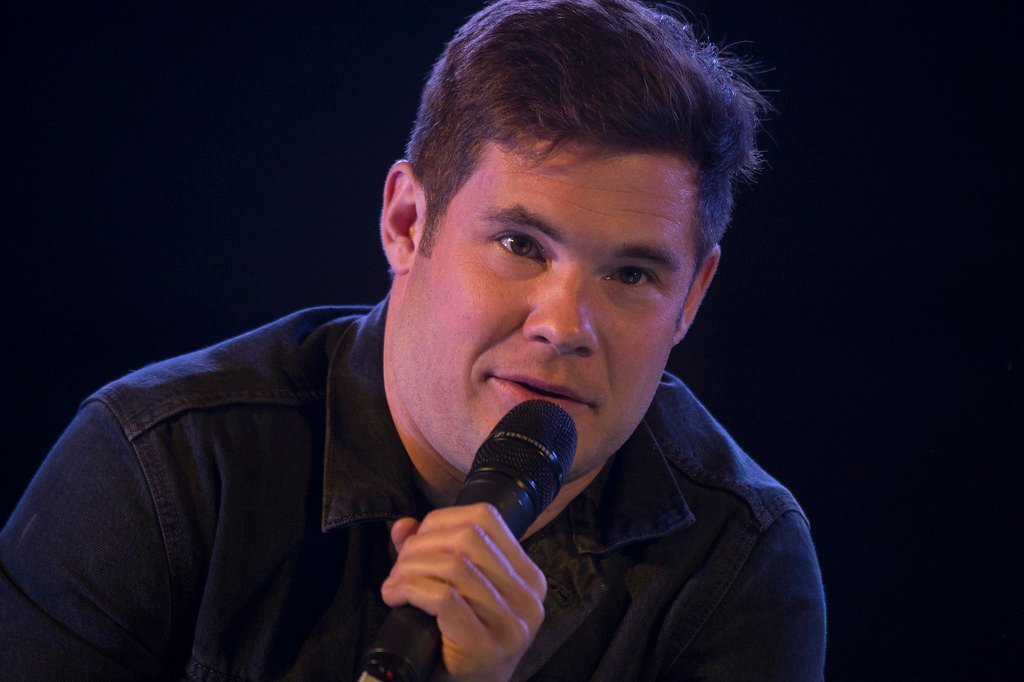 Buckle up, Pitches! Peacock announced a straight-to-series-order for “Pitch Perfect” from Universal Television, a division of Universal Studio Group, based on the Universal Pictures film series that ignited a cultural phenomenon.

Adam Devine, who appeared in the first two installments of the film franchise, is set to star and reprise his role as Bumper Allen, the vocal villain whom we love to loathe.

Over three films, the “Pitch Perfect” franchise, which was inspired by the Mickey Rapkin book of the same name, collectively grossed nearly $600 million at the worldwide box office and inspired a generation with its celebration of unapologetic women, irresistible music and outrageous humor.

The comedy series will be executive produced by Elizabeth Banks and Max Handelman (Brownstone Productions), Paul Brooks and Scott Neimeyer (Gold Circle Films), as well as Adam Devine and Megan Amram.  Brownstone and Gold Circle produced all three films in the “Pitch Perfect” series and Banks directed “Pitch Perfect 2,” which was the highest opening weekend for a musical in history, the biggest opener for a first-time feature film director, and the second-largest opening for a female director.

Devine, who appeared in the first two installments of the film franchise, is set to star and reprise his role as Bumper Allen, the vocal villain whom we love to loathe.

In the new series for Peacock, several years after we last saw him in “Pitch Perfect,” Adam Devine’s Bumper Allen moves to Germany to revive his music career when one of his songs becomes big in Berlin.

“Our upcoming ‘Pitch Perfect’ series is another example of the unmatched synergy NBCUniversal is able to expand upon with our wide-ranging library of IP,” said Susan Rovner, Chairman, Entertainment Content, NBCUniversal Television and Streaming. “When we saw the opportunity to create a series for ‘Pitch Perfect’ with Elizabeth Banks, Max Handelman and Paul Brooks plus more earworm classics for super fans to enjoy, we jumped at it. And to top it off, we are so fortunate that Adam Devine is headlining the series and bringing fans the quirky, laugh-out-loud sensibility they loved in the film franchise.”

“We’re so happy to have the opportunity to bring the beloved Universal Pictures franchise ‘Pitch Perfect’ to the small screen and to explore the hilarious and distinct characters in this (musical-filled) world,” said Erin Underhill, President, Universal Television.  “We’re lucky to partner with the talented Elizabeth Banks, Max Handelman and Paul Brooks, who produced the iconic films; the exceptionally funny and memorable Adam Devine; and Megan Amram, whose clever adaptation of ‘Pitch Perfect’ is sure to have audiences laughing out loud and tapping their feet.”

This series order comes on the heels of two other collaborations between NBCUniversal’s television and film studios, including upcoming adaptations of Universal Pictures’ Academy Award(R)-nominated “Field of Dreams” (Michael Schur to write and executive produce) and hit comedy “Ted” (Seth MacFarlane to executive produce), both of which are also set for Peacock.

Universal Television, a division of Universal Studio Group, is one of the largest and most successful television production companies in the United States. The studio currently produces more than 50 primetime comedies and dramas as well as late-night programs for a variety of network, cable and digital platforms. Acclaimed series produced by Universal Television include ”Hacks,” ”Never Have I Ever,” ”Girls5eva,” “Rutherford Falls,” “Kenan” “Schmigadoon!,” “Mr. Mayor,” “Young Rock,” “Brooklyn Nine-Nine,” “Saved by the Bell,” “Master of None,” “Russian Doll,” “The Equalizer,” “New Amsterdam” and Dick Wolf’s enormously successful “Law & Order,” “Chicago” and “FBI”-branded series.