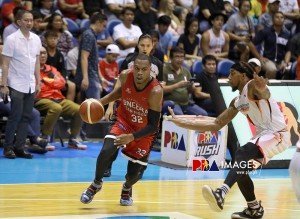 The 6-foot-5 forward remarked via the PBA website that he was quite disappointed when Ginebra was unable to defend their Governors’ Cup title in the 2018 season, falling to Magnolia Hotshots and thus failing to secure a three-peat of the conference championship.

Now, it’s one of Brownlee’s motivations to win a 4th career PBA title across his belt.

“Wish we had that three-peat last year but unfortunately we came up short,” said Brownlee per the PBA website. “Super motivated,” he added.

The 31-year-old import, who has also suited up for Alab Pilipinas in the ABL, also bared the feeling of being in the finals is great, but he could also never be satisfied by not taking home a crown.

“It’s feels good to be in the finals, but we know that at this point we’re not satisfied. And we want to feel that greatest feeling,” he said.