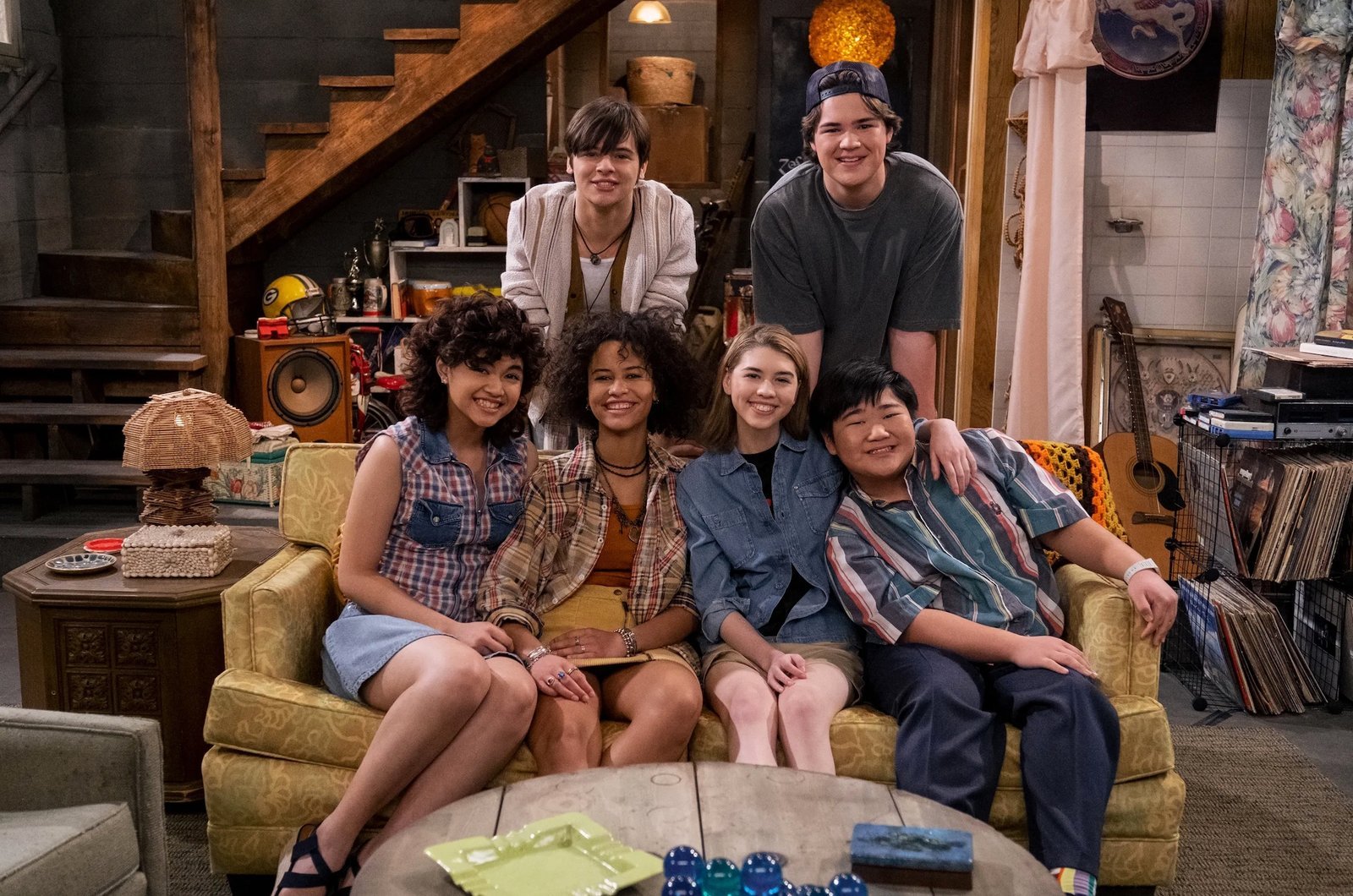 “That ’90s Show” the spinoff to “That ’70s Show” is coming to Netflix on January 19. The series stars Kurtwood Smith and Debra Jo Rupp with Topher Grace, Mila Kunis, Ashton Kutcher, Laura Prepon, and Wilmer Valderrama appearing as guests.

It’s 1995 and Leia Forman is desperate for some adventure in her life or at least a best friend who isn’t her dad. When she arrives in Point Place to visit her grandparents, Red and Kitty, Leia finds what she’s looking for right next door when she meets the dynamic and rebellious Gwen.

With the help of Gwen’s friends, including her lovable brother Nate, his smart, laser-focused girlfriend Nikki, the sarcastic and insightful Ozzie, and the charming Jay, Leia realizes adventure could happen there just like it did for her parents all those years ago. Excited to reinvent herself, she convinces her parents to let her stay for the summer. With a basement full of teens again, Kitty is happy the Forman house is now a home for a new generation and Red is, well…Red.

Additionally, Topher Grace, Mila Kunis, Ashton Kutcher, Laura Prepon, and Wilmer Valderrama will appear as special guests on the show. As of today, Netflix has lifted the embargo on Jay (Mace Coronel) being the son of Kelso and Jackie.

Check out the first look at our special guest appearances below!

· Kurtwood Smith as Red A classic never goes out of style. When the new kids bring out the old Red, the spring in Red’s step puts a spring in Kitty’s too!

· Debra Jo Rupp as Kitty A whole new world opens to Kitty with the new generation and she is right at home. It has never been cooler to be Kitty.

· Callie Haverda as Leia Forman Smart like her mom, awkward like her dad, Leia is craving adventure. She’s just not quite sure where or how to start. Until she discovers a best friend in the most unlikely of places: next door to her grandparents’ house in Point Place.

· Ashley Aufderheide as Gwen Life gets more interesting for Leia when she meets this Riot Grrrl. Equal parts loyalty, rebellion and heart, Gwen is a dynamic powerhouse and the unofficial leader of the new generation of Point Place kids.

· Maxwell Donovan as Nate When you first meet Nate he seems like a big, dumb jock… but he’s actually not that athletic. Nate has a huge heart and it’s hard to tell who he loves more: his girlfriend, his best friend, or his beat-up, old van.

· Mace Coronel as Jay Kelso Jay is charming and flirty – at least, he tries. It doesn’t always come out right. He considers himself a deep thinker, nobody else does.

· Reyn Doi as Ozzie Everyone loves them some Ozzie. He’s insightful, sarcastic and has perspective beyond his years. Ozzie is gay and impatient with the world for not being as accepting as his friends.

· Sam Morelos as Nikki Nikki is focused, smart, and driven. She approaches maintaining her GPA with the same energy an MMA fighter brings to a cage match. She can truly relax when she’s with her boyfriend, Nate and his friends, even though sometimes she’s not laughing with them, she’s laughing at them.