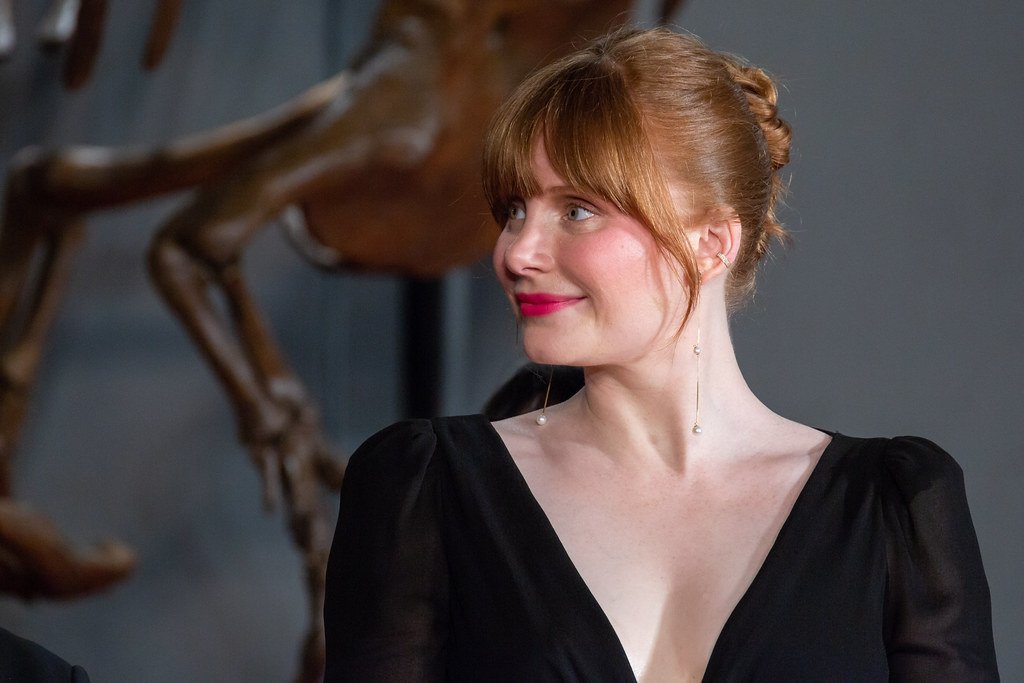 Disney+ has announced a pilot greenlight for “Witch Mountain,” a reimagining of the successful film franchise. The series is a modern reinvention of the cult classic that takes place in the shadow of “Witch Mountain,” following two teens that develop strange abilities and discover their sleepy suburb may not be as idyllic as it seems.

Bryce Dallas Howard (“Jurassic World: Dominion”) stars in the leading role as “Audrey,” Tia’s devoted and loving mother. Her husband died from a mental illness and she tries to reassure a fretful Tia that she shows no sign of following her father’s dark spiral. A warm mama bear type, but like everyone in this town, not everything is as it seems.

Howard is a multi-hyphenate creator who continues to work both on-screen and behind the camera. As an actor, she recently starred alongside Chris Pratt in Universal’s “Jurassic World” franchise and next stars in Matthew Vaughn’s spy thriller ”Argylle” for Apple TV+. Earlier this year, Howard lent her voice to the Star Wars character “Yaddle” in the animated Disney+ series “Tales of the Jedi.” Howard is represented by Entertainment 360, WME and Johnson Shapiro Slewett & Kole.

Isabel Gravitt (“The Watcher”), Levi Miller (“Streamline”), Bianca “b” Norwood (“We Crashed”) and Jackson Kelly (“Straight Man”) have been cast in the pilot.

· Isabel Gravitt (series regular) as “Tia,” a straight-A student who’s regarded by her classmates as “perfect,” although she regards herself as flawed. She’s terrified of failure and is plagued by nightmares and fears that her late father’s schizophrenia is starting to exhibit itself in her. Tia has “hallucinations” in which people around her step outside their living bodies and voice their deepest, darkest fears and desires and rages. Gravitt is known for her series regular role as “Ellie Brannock” in Netflix’s hit limited series “The Watcher.” She made her debut in CBS’s pilot “The History of Us” and had recurring roles in ABC’s “American Housewife” and Hulu’s “Little Fires Everywhere.” Gravitt is represented by Buchwald and Randy James Management.

· Levi Miller (series regular) as “Ben,” a troubled teen who makes ends meet by writing papers for other students but he’s got a hot temper and if he slugs another student, he’ll be expelled. Ben is best friends with Corey, his co-worker at the diner. He’s recently made a troubling discovery about himself, he can force others in his vicinity to move according to his will and there’s something drawing him inexplicably in the direction of Tia. Miller is best known for his roles in “Pan,” “A Wrinkle in Time” and “Better Watch Out.” Most recently, he was seen in the indie film “Streamline,” is also starring in Sony’s “Kraven the Hunter,” and attached to the upcoming British indie “Beach Boys.” Miller is repped by Verve, Rogue Management in the UK, Eaton Management in Australia and attorneys Fred Toczek and Jared Bloc.

· Bianca “b” Norwood (series regular) as “Corey,” Ben’s closest friend, an outsider with tattoos, Corey is a very mature teen who comes across older than they are. They are one step away from expulsion and puts more care into looking like a My Chemical Romance song that became an anime fan. Corey works at the local diner alongside Ben and is in his circle of trust, but doesn’t appreciate it when he tries to act as their protector. Norwood most recently starred in the New York Theatre Workshop production of “American (Tele)visions.” Most recently, they can be seen in the AppleTV+ series “We Crashed,” as well as the Showtime series “Let the Right One In,” and can be heard voicing a lead role in the new QCODE fantasy podcast series “Birds of Empire.” Norwood is represented by Innovative and Authentic Talent and Literary Management.

· Jackson Kelly (series regular) as “Peter,” Tia’s closest male friend. Peter is lovesick on the subject of Tia, but she’s unaware of his charms, and equally unaware of his devotion. But when Tia expresses her concerns about the seemingly impossible happenings around them, she learns that Peter’s observant, cautious nature might be an asset in figuring out the mystery around them. Jackson has a busy year ahead with the release of his major recurring role in the highly anticipated AMC series “Straight Man” and “Hard Miles.” He’s currently starring in the fifth installment of the cult-followed Shudder franchise “V/H/S/99.” Kelly is represented by Talent Works and 11:11 Entertainment.

One of the Disney Television Studios, ABC Signature produces many of ABC Entertainment’s most significant hits, including “Grey’s Anatomy,” and “Station 19”; co-productions “The Good Doctor,” “A Million Little Things,” “The Rookie,” “The Rookie: Feds” and “Home Economics,” and late-night talk show “Jimmy Kimmel Live!” ABC Signature’s returning and upcoming series include “grown-ish” and “The Watchful Eye” for Freeform; “Godfather of Harlem” for MGM+; “Bad Sisters” and “Five Days at Memorial” for Apple; “Fleishman Is In Trouble” for FX; “Reasonable Doubt” and “This Fool” for Hulu. For streaming service Disney +, series include “The Mighty Ducks: Game Changers,” “Big Shot,” “National Treasure: Edge of History” and the upcoming “Muppets Mayhem.”