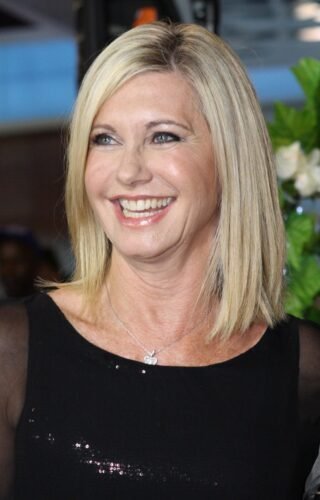 Australian star Kylie Minogue has hailed Olivia Newton-John as “an inspiration” since childhood and revealed she’s always ‘looked up to’ the ‘Grease’ legend.

The 54-year-old singer and actress has paid tribute to the late ‘Grease’ legend – whose family moved to Australia when she was six years old – following her tragic death on Monday, Aug.8,  aged 73 after a long battle with cancer.

Alongside a black and white professional photo of them together at an event, Kylie wrote: “Since I was ten years old, I have loved and looked up to Olivia Newton-John. And, I always will…

“She was, and always will be, an inspiration to me in so many, many ways. My deepest condolences to her family and loved ones. x ONJ4EVER”

Kylie’s sister Dannii responded with a broken heart emoji in the comments.

Other stars have continued to remember the big screen star after her passing, including Sir Rod Steward, who even credited Olivia with inspiring his own style.

He tweeted: “My great friend Olivia Newton-John has passed away. She was the perfect Lady, gorgeous, with great poise and with a certain Aussie sophistication.

“Her spandex trousers in Grease were my inspiration for my ‘Da ya think I’m Sexy‘ era. RIP Olivia (sic)”

And Stockard Channing – who appeared alongside Olivia in ‘Grease’ as Betty Rizzo – joined her fellow stars in paying tribute to their late castmate.

Read: Hulu Originals Announces Series Orders for ‘Devil in the White City’ with Keanu Reeves and ‘The Other Black Girl’

In a statement to PEOPLE magazine, she said: “I don’t know if I’ve known a lovelier human being.

“Olivia was the essence of summer – her sunniness, her warmth and her grace are what always come to mind when I think of her. I will miss her enormously.”

He wrote on Instagram: “My dearest Olivia, you made all of our lives so much better.

“Your impact was incredible. I love you so much. We will see you down the road and we will all be together again. Yours from the first moment I saw you and forever! Your Danny, your John!”