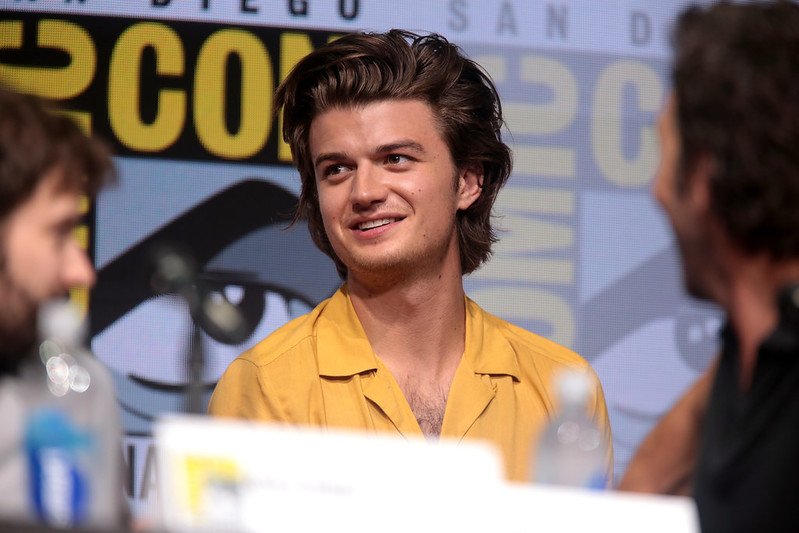 Fargo has traveled through decades, cities and families, and the fifth installment will be no different: Set in 2019, when is a kidnapping not a kidnapping, and what if your wife isn’t yours?

Richa Moorjani (Never Have I Ever) will play “Indira Olmstead” in the series and is represented by Rep info: A3 Artists Agency, Anonymous Content, Viewpoint, and Goodman, Genow, Schenkman, Smelkinson & Christopher.

Read: Hulu Originals Announces Series Orders for ‘Devil in the White City’ with Keanu Reeves and ‘The Other Black Girl’

Joe Keery most notably stars as “Steve Harrington” in Netflix’s Emmy and Golden Globe Award-nominated series Stranger Things. Keery was nominated for the Best Supporting Actor in a Streaming Series, Drama by Hollywood Critics Association TV Awards for his role in Stranger Things, for the fourth season of the series and in 2017 the cast was awarded Outstanding Performance by an Ensemble in a Drama Series at the Screen Actors Guild Awards, and in 2018 the series was named TV Program of the Year by AFI. He recently wrapped production on romantic drama film, Marmalade, where he stars alongside Camila Morrone and Aldis Hodge. Based on O’Donnell’s script, Marmalade centers on a naive small-town man who ends up in jail and narrates a tale of a romantic bank heist to his cunning cellmate to escape and reunite with the love of his life. Keery starred opposite Ryan Reynolds, Jodie Comer and Lil Rel Howery Disney/20th Century Studios action/adventure comedy Free Guy and lead the comedy horror Spree, directed by Eugene Kotylyarenko, which premiered at the 2020 Sundance Film Festival.

Lamorne Morris plays the titular lead in the hybrid live-action/animated Hulu series Woke, inspired by the life and art of cartoonist Keith Knight. Season 2 *premiered April 8th. He plays the lead character of Keef Knight. He starred in National Geographic’s limited series Valley of the Boom, opposite Bradley Whitford & Steve Zahn. He can also be seen in Sony’s recent release, Bloodshot, opposite Vin Diesel, and Danny Boyle’s feature film, Yesterday. He recently lent his voice acting to the podcast The Last Degree of Kevin Bacon, as well as the popular video game franchise NBA 2k. He will also be seen in Netflix’s feature film Desperados, directed by LP (It’s Always Sunny in Philadelphia, Mr. Mom.) Lamorne can also be seen in the indie film, The Disappearance of Toby Blackwood, in a small cameo role where Simon Pegg and Luis Guzman will also be featured, as well as another indie, Night Shift. He is best known for playing fan-favorite ‘Winston’ on Fox’s popular comedy New Girl. Lamorne stars opposite Zoey Deschanel, Max Greenfield, and Jake Johnson. In addition to Lamorne’s work on New Girl, he was one of BET’s most visible and funny on air personalities. He has also guest starred on Comedy Central’s Kroll Show and Drunk History Across America, as well as ABC’S The Middle. Lamorne also hosted Brainrush, a game show that aired on Cartoon Network where contestants would answer questions while riding a roller coaster. Lamorne starred opposite Adam Sandler in the Netflix film Sandy Wexler, and can be seen opposite Ice Cube in the hilarious film Barbershop 3: The Next Cut, and in Game Night where he worked opposite of Jason Bateman.

Richa Moorjani is best known for her leading role in the groundbreaking and award-winning Netflix/Mindy Kaling dramedy Never Have I Ever. Richa, who was cast out of a pool of over 15,000 submissions for the 3 lead characters, won the hearts of an international and intergenerational audience with her portrayal of the brilliant, beautiful and stereotype-subverting “Kamala.” Richa recently wrapped production on the fourth and final season of the series, and the third season will premiere on Friday, August 12. Outside of acting, Richa is a passionate environmental and animal rights activist and was recently invited to the White House in recognition of her work and activism.