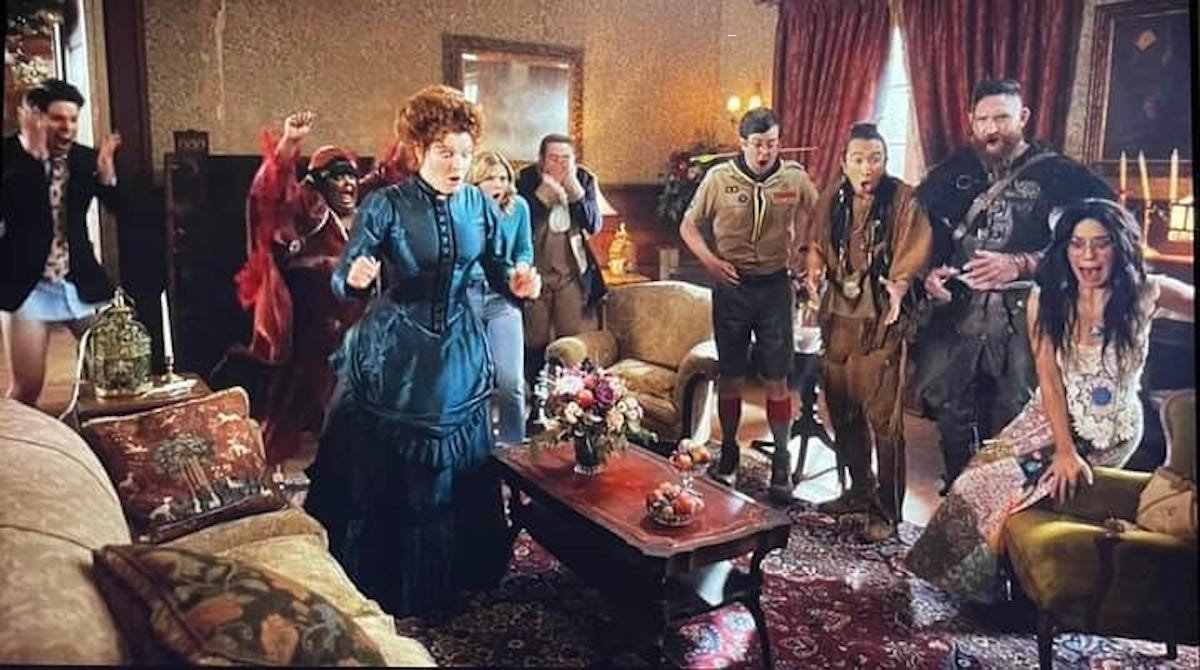 CBS announced that it has renewed television’s #1 new hit comedy GHOSTS and its popular Monday night block of THE NEIGHBORHOOD and BOB ♥ ABISHOLA, television’s #3 and #4 comedies, respectively, for the 2022-2023 broadcast season. The CBS Original series join #1 comedy YOUNG SHELDON, which was previously renewed for three additional years, beginning with the 2021-2022 broadcast season. All told, television’s top four comedies are on CBS and returning for the 2022-2023 season.

“We’re thrilled to bring back television’s four most-watched comedies for next season, and I’m proud of the incredible team that maintains CBS’ position as the clear leader in comedy,” said Kelly Kahl, President, CBS Entertainment. “Joe Port and Joe Wiseman, together with a breakout cast and exceptional writers, have done a superb job of adapting GHOSTS for the U.S. and absolutely making it their own. This smart and charming show is delivering new creative highs, not to mention scaring up new audience highs, every week.”

“And on Mondays, the perfect pairing of THE NEIGHBORHOOD and BOB ♥ ABISHOLA continues to deftly blend belly laughs with relatable and culturally relevant storylines, thanks to these exceptionally talented actors and outstanding creative teams,” Kahl continued.

Since GHOSTS premiered Thursday, Oct. 7, it’s the fastest-growing new show, averaging 8.06 million viewers, more viewers than any comedy on competitive networks, and improving the Thursday 9:00 PM time period +15% versus “Mom” during the same weeks. Based on most current data available, the Jan. 13 episode of GHOSTS posted its series’ best 7-day audience, adding +2.75 million viewers (9.23m from 6.48m). It’s also the #2 comedy overall behind YOUNG SHELDON (9.14 million), and season to date, GHOSTS is the #1 comedy series on Paramount+.

On a highly competitive Monday night, THE NEIGHBORHOOD, currently in its fourth season, is television’s #3 most-watched comedy, reaching 6.64 million viewers. BOB ♥ ABISHOLA, in its third season, is the #4 most-watched comedy with an audience of 6.60 million. The programs anchor CBS’ return to #1 on Mondays and are the Network’s top two comedies among African American viewers.