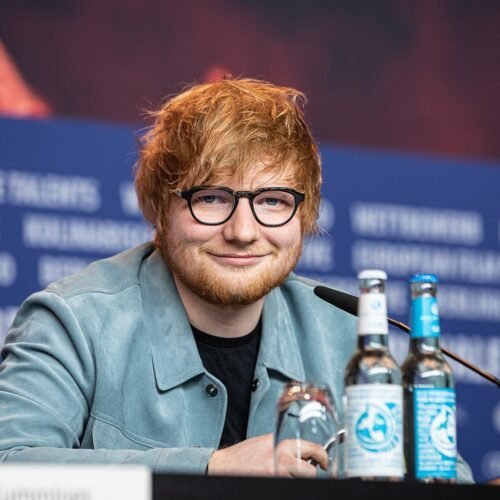 Ed Sheeran has admitted he doesn’t like how everyone wants their peers to “fail” at awards shows.

The 30-year-old Grammy-winner – who attended the MTV VMAs last weekend – has admitted there is a lot of “side-eye” going on at major prize-giving ceremonies, including the GRAMMYs, and he can feel the “resentment and hatred” in the air.

Appearing on Audacy’s ‘The Julia Show’, he spilled: “The room is filled with resentment and hatred towards everyone else and it’s quite an uncomfortable atmosphere.

The ‘Shivers’ singer doesn’t like seeing artists not supporting other artists and wanting their peers to “fail”.

He added: “It’s nothing to do with MTV or the award show, it’s at all the other awards shows [too]; Billboards, GRAMMYs … AMAs …

“It’s just lots of people wanting other people to fail and I don’t like that.”

But the ‘Bad Habits’ hitmaker insisted England’s awards show – such as the BRIT Awards – are more light-hearted as everyone is out for a good time.

Read: Jennifer Aniston hopes next romance is someone ‘not necessarily in the industry’

He added: “In England, our award shows are just like, everyone gets drunk and no one really cares who wins or loses, it’s just sort of a good night out.

“People get the same feeling as me at those award shows. I’ve spoke to people and they’re like, ‘I just felt really depressed afterwards.’ The atmosphere is just not nice … It’s a really, really horrible atmosphere to be in there. I always walk away feeling sad and I don’t like it.”

The flame-haired pop megastar also isn’t a fan of the after-parties.

He said: “The after-parties, again … it’s not just musicians. It’s musicians, all their entourages, then you got influencers and blah blah blah.”