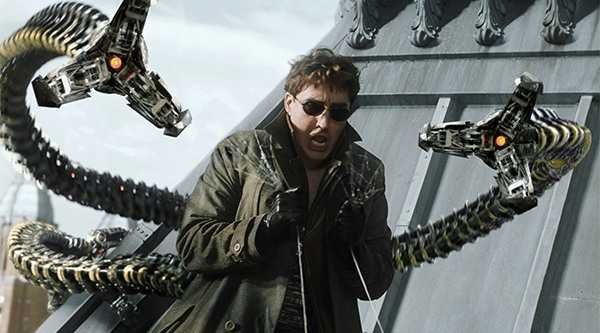 Spider-Man 3, the MCU movie starring Tom Holland, is bringing back another familiar face in Alfred Molina, who played Doc Ock in the 2004 Spider-Man 2 film with Tobey Maguire.

The actor’s return was confirmed by The Hollywood Reporter after another report revealed that Molina was spotted on the set of Spider-Man 3. However, Marvel and Sony apparently do not want to comment on the said appearance.

It comes Jamie Foxx also confirmed in a deleted Instagram post that he is reprising his role as Electro. He appeared as the character in the 2014 release of The Amazing Spider-Man 2, which starred Andrew Garfield.

Earlier, rumors have come to light that Maguire and Garfield are also going to be in Spider-Man 3, which will delve into a multi-verse. But Sony said that these actors’ appearances are not confirmed, suggesting that negotiations with Maguire and Garfield haven’t been settled.

As for Molina’s involvement, The GWW reported:

A source within Disney/Marvel has informed GWW that Alfred Molina will be returning to the Spider-Man franchise to reprise his role as the famed Doctor Octopus. Plot details are of course scarce as they always are with the super secretive Marvel productions, but we were informed Molina arrived on set a bit ago to work on some stunt choreography and has started filming his scenes in the past couple weeks. The source insured us Molina is in full Doc Ock mode but couldn’t confirm as to whether this version of the tentacle laden doctor was the same from Raimi’s Spider-Man 2 or a new version. Either way with Foxx joining, Doctor Strange having a pivotal role and now Molina entering the fold it seems very clear the multiverse will play a big role in the next Spider-Man film and we could also finally see a version of the Sinister Six hit the big screen.

Spider-Man 3 also stars Benedict Cumberbatch and Zendaya. The film, directed by Jon Watts, is set for a Dec. 17, 2021 theater release.