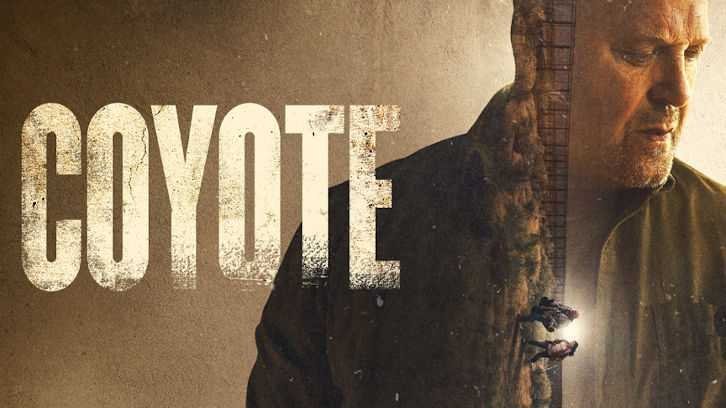 COYOTE is the story of Ben Clemens (Chiklis), who after 32 years as a border patrol agent is forced to work for the very people he spent his career trying to keep out of America. Now exposed to life on the other side of the wall, Ben will start to question his black and white views of the world, challenging his ideology and his loyalties.

CBS All Access is ViacomCBS’ direct-to-consumer digital subscription video on-demand and live streaming service. CBS All Access gives subscribers the ability to watch more than 20,000 episodes and movies on demand – including exclusive original series, current and past seasons of hit shows from the CBS Television Network and growing libraries from brands across the ViacomCBS portfolio including BET, Comedy Central, MTV, Nickelodeon, Smithsonian and more, as well as a wealth of films from Paramount Pictures. The service is also the streaming home to unmatched sports programming, including every CBS Sports event, from golf to football to basketball and more, plus exclusive streaming rights for major sports properties, including some of the world’s biggest and most popular soccer leagues. CBS All Access also enables subscribers to stream local CBS stations live across the U.S. in addition to the ability to stream ViacomCBS Digital’s other live channels: CBSN for 24/7 news, CBS Sports HQ for sports news and analysis, and ET Live for entertainment coverage. The service is currently available across all major device platforms including online, mobile and connected TV and OTT platforms and services. Versions of CBS All Access have launched internationally in Canada and Australia (10 All Access), with unique but similar content and pricing plans. For more details on CBS All Access, please visit the official site.