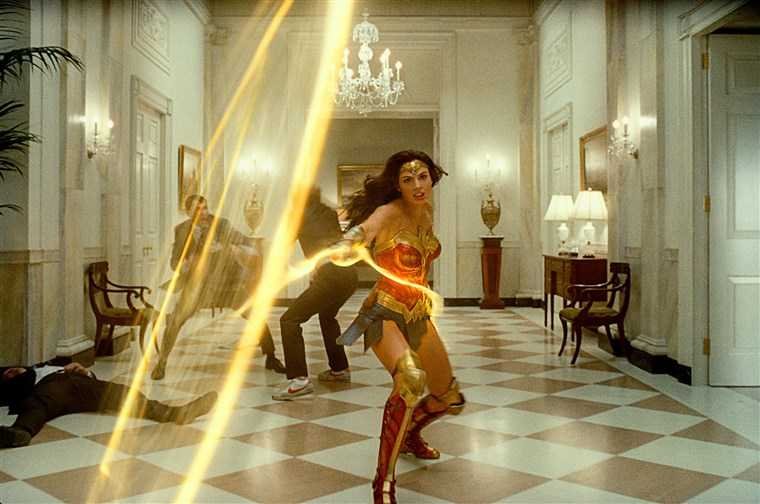 Warner Bros. Pictures announced that its highly anticipated superhero tentpole film WONDER WOMAN 1984 will be released simultaneously in theaters and on the HBO Max streaming platform in the U.S. on December 25, while debuting theatrically in international markets a week earlier starting on December 16. The film will be available for a month on HBO Max in the U.S. included at no additional cost to subscribers.

“As we navigate these unprecedented times, we’ve had to be innovative in keeping our businesses moving forward while continuing to super-serve our fans,” said Ann Sarnoff, Chair and CEO, WarnerMedia Studios and Networks Group, which includes Warner Bros. Pictures. “This is an amazing film that really comes to life on the big screen and, working with our partners in the exhibition community, we will provide that option to consumers in the U.S. where theaters are open. We realize that a lot of consumers can’t go back to the movies due to the pandemic, so we also want to give them the option to see WONDER WOMAN 1984 via our HBO Max platform.”

“We appreciate how patient audiences have been and given the great anticipation around WONDER WOMAN 1984 we are grateful to be able to make this terrifically entertaining movie widely available in these challenging times,” said Toby Emmerich, Chairman, Warner Bros. Pictures Group.

For the first time ever, #WonderWoman1984 will release in theaters and stream exclusively on @HBOmax* on December 25.

*Available on HBO Max in the US only at no extra cost to subscribers. pic.twitter.com/bU1Lmg5YDA

Fast forward to the 1980s as Wonder Woman’s next big screen adventure finds her facing two all-new foes: Max Lord and The Cheetah.

With director Patty Jenkins back at the helm and Gal Gadot returning in the title role, “Wonder Woman 1984” is Warner Bros. Pictures’ follow up to the DC Super Hero’s first outing, 2017’s record-breaking “Wonder Woman,” which took in $822 million at the worldwide box office. The film also stars Chris Pine as Steve Trevor, Kristen Wiig as The Cheetah, Pedro Pascal as Max Lord, Robin Wright as Antiope, and Connie Nielsen as Hippolyta.

Patty Jenkins directed from a screenplay she wrote with Geoff Johns & David Callaham, story by Jenkins & Johns, based on characters from DC. Joining the director behind the scenes are several members of her “Wonder Woman” team, including director of photography Matthew Jensen, Oscar-nominated production designer Aline Bonetto (“Amélie”), and Oscar-winning costume designer Lindy Hemming (“Topsy-Turvy”). Oscar-nominated editor Richard Pearson (“United 93”) is cutting the film. The music is by Oscar-winning composer Hans Zimmer (“Dunkirk,” “The Lion King”).

Warner Bros. Pictures Presents an Atlas Entertainment/Stone Quarry Production, a Patty Jenkins Film, “Wonder Woman 1984.” Set to open in domestic theaters on December 25, 2020 in 2D and 3D in select theaters and IMAX, it will be distributed worldwide by Warner Bros. Pictures. The film will also premiere on HBO Max in the U.S. on December 25, 2020.

This film is rated PG-13 for sequences of action and violence.