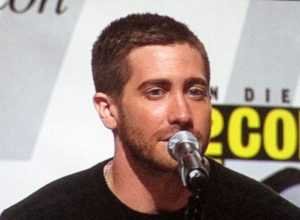 Jake Gyllenhaal is reuniting with director Denis Villeneuve for a new limited series on HBO. The two-time collaborators (for Prisoners and Enemy) are adapting the Norwegian story of The Son with Jonathan Nolan and Lisa Joy, who created Westworld for the cable network.

The Son, authored by Jo Nesbø, will be written for the small screen by Lenore Zion (Billions), who will also serve as the series showrunner along with Nolan and Joy. Nesbø’s book is about “a tale of vengeance set amid Oslo’s brutal hierarchy of corruption.”

According to Deadline,  Gyllenhaal was looking for another project to adapt after Prisoners. He gave Villeneuve who was enthusiastic about doing the TV version.

Per Amazon’s description of the New York Times bestselling book:

Sonny Lofthus is a strangely charismatic and complacent young man. Sonny’s been in prison for a dozen years, nearly half his life. The inmates who seek out his uncanny abilities to soothe leave his cell feeling absolved. They don’t know or care that Sonny has a serious heroin habit—or where or how he gets his uninterrupted supply of the drug. Or that he’s serving time for other peoples’ crimes.

Sonny took the first steps toward addiction when his father took his own life rather than face exposure as a corrupt cop. Now Sonny is the seemingly malleable center of a whole infrastructure of corruption: prison staff, police, lawyers, a desperate priest—all of them focused on keeping him high and in jail. And all of them under the thumb of the Twin, Oslo’s crime overlord. As long as Sonny gets his dope, he’s happy to play the criminal and the prison’s in-house savior.

But when he learns a stunning, long-hidden secret concerning his father, he makes a brilliantly executed escape from prison—and from the person he’d let himself become—and begins hunting down those responsible for the crimes against him…The darkly looming question is: Who will get to him first—the criminals or the cops?

Meanwhile, Gyllenhaal’s next project is the movie The Guilty with director Antoine Fuqua. His production outfit Nine Stories will produce.

Villeneuve, on the other hand, has the highly-anticipated Dune remake. The movie with Timothee Chalamet will debut on the big screen in October 2021.