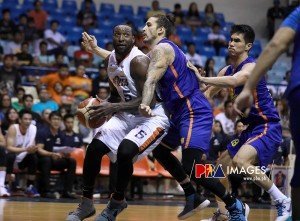 Meralco once again set up a championship series against the crowd favorites after outlasting TNT KaTropa in 5 games, 3-2, winning the last 2 games to stave off elimination.

Ginebra, on the other hand, dominated NorthPort in their own series, winning 3-1 in their best-of-5 semi-finals encounter.

But the legendary mentor is already wary of the Bolts’ conditioning and mindset heading into the best-of-7 finals. Plus, Cone also noted that Meralco import Allen Durham will give the GinKings a ton of problems for the series.

“They are highly-motivated and (Allen) Durham is just a beast, and playing great basketball. Probably the toughest match-up in the league right now. No one can quite figure out how to guard him or how to stop him from doing the things he does. That’s our challenge,” said Cone per Spin.ph.

But there have been a handful of changes, like the addition of Stanley Pringle to Ginebra’s roster, and the Bolts’ revamp which included acquiring Allein Maliksi and Raymond Almazan, players who can affect the series.