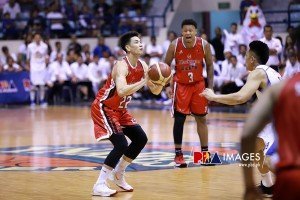 The PBA finally approved a trade between the Blackwater Elite and Meralco Bolts on Friday which shall send backcourt gunner Allein Maliksi to the Bolts.

Maliksi, a former Gilas Pilipinas shooting guard, will be joined by former no. 3 pick Raymar Jose as they will both be moving to Meralco.

In exchange, the Elite will get KG Canaleta, Mike Tolomia, and two second rounders from the Bolts.

The transaction was earlier rejected by the PBA and the Bolts had to give up another 2nd round pick.

Maliksi gives Meralco arguably one of its best shooters since the Gary David era and he will be able to join a young core that includes Baser Amer and Chris Newsome.