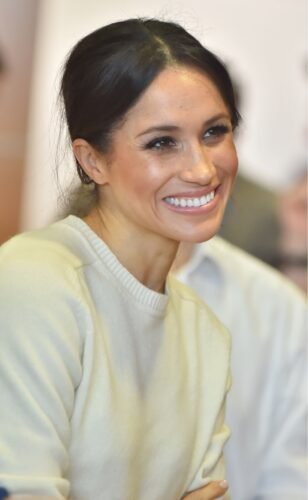 Meghan, Duchess of Sussex, used to visit naked spas with her mother and wanted nothing more but a bathing suit to cover herself up.

The 41-year-old royal — who has been married to Prince Harry, Duke of Sussex since 2018 and has children Archie three, and Lili, 16 months, with him — revealed that she and her mother Dora, 66, would wander round in the nude at Korean retreat centers when “all she wanted” was a bathing suit.

She said: “Now, for those of you who haven’t been to one before, it’s a very humbling experience for a girl going through puberty because you enter a room with women from ages 9 to maybe 90, all walking around naked and waiting to get a body scrub on one of these tables that are all lined up in a row. All I wanted was a bathing suit. Which you’re not allowed by the way.”

The former “Suits” actress went on to explain that once she was over the “initial embarrassment” of walking around in the nude, she and her mother would enjoy a “bowl of noodles.”

Speaking on her “Archetypes” podcast, she added: “Once I was over that adolescent embarrassment, my mom and I, we would go upstairs, we would sit in a room and we would have a steaming bowl of the most delicious noodles.”

Meghan was sharing her experiences with her podcast guests, Margaret Cho and Lisa Ling.

This episode marked the return of “Archetypes” following the passing of Queen Elizabeth, Prince Harry’s Grandmother, who died in September at the age of 96.

A statement said at the time: “Regularly scheduled episodes will resume Tuesday, October 4.”

Read: Will and Kate, the Prince and Princess of Wales, to move into late Queen Elizabeth’s Windsor Castle

Meghan, who stepped down from royal duties back in 2020 and relocated to LA in October along with her husband, launched the Spotify podcast back in August 2022, in a deal thought to be worth $25 million.