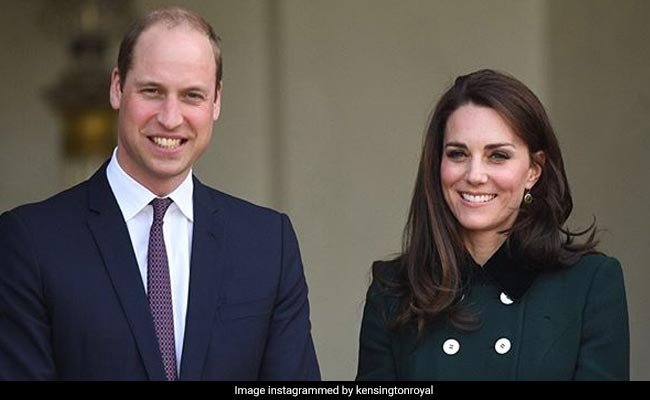 The Prince and Princess of Wales are expected to move into the late Queen Elizabeth’s Windsor Castle home. But they are said to be postponing the move for the sake of the children as they have just relocated to Adelaide Cottage on the Windsor estate.

The couple are said to be highly aware their youngsters have experienced a house move, starting a new school and the death of their ‘Gan-Gan’ in only six days.

A source told the Daily Telegraph: “They won’t be starting from scratch when it comes to decisions on what happens to all of the royal properties because there have been lots of conversations about that over the years, but things can change when family dynamics are taken into account and they will want as little disruption to their children’s lives as possible right now.

“They are very happy right now at Windsor and for the next decade or so everything will be pretty much dictated by what is right for the children.”

Read: Queen Elizabeth’s death: Harry and Meghan’s children now a prince and princess; William to be Prince of Wales

The Waleses last week moved into Adelaide Cottage after being based in Kensington Palace.

The Prince and Princess of Wales had sought a life in the country away from what has been dubbed the “goldfish bowl” of their official residence in London in an attempt to give their children as normal a life as possible.

Hours before the Queen died, the couple accompanied their children at their £7,000-a-term Lambrook School a short drive from the Windsor home.

Their apparent decision to give their children time to settle into their new school and Adelaide Cottage before moving again into the Queen’s Windsor residence comes after William praised his “Grannie” Queen Elizabeth’s “guidance, wisdom and support”.

The prince said in a statement released on Instagram that even though the world was mourning the loss of an “extraordinary leader” he had lost his grandmother.

The royal added in a message on a black background headed by his royal ‘W’ crest: “On Thursday, the world lost an extraordinary leader, whose commitment to the country, the Realms and the Commonwealth was absolute. So much will be said in the days ahead about the meaning of her historic reign.

“I, however, have lost a grandmother. And while I will grieve her loss, I also feel incredibly grateful. I have had the benefit of The Queen’s wisdom and reassurance into my fifth decade.

“My wife has had twenty years of her guidance and support. My three children have got to spend holidays with her and create memories that will last their whole lives.

“I knew this day would come, but it will be sometime before the reality of life without Grannie will truly feel real.

“I thank her for the kindness she showed my family and me. And I thank her on behalf of my generation for providing an example of service and dignity in public life that was from a different age, but always relevant to us all.

“My grandmother famously said that grief was the price we pay for love. All of the sadness we will feel in the coming weeks will be testament to the love we felt for our extraordinary Queen.

“I will honour her memory by supporting my father, The King, in every way I can.”