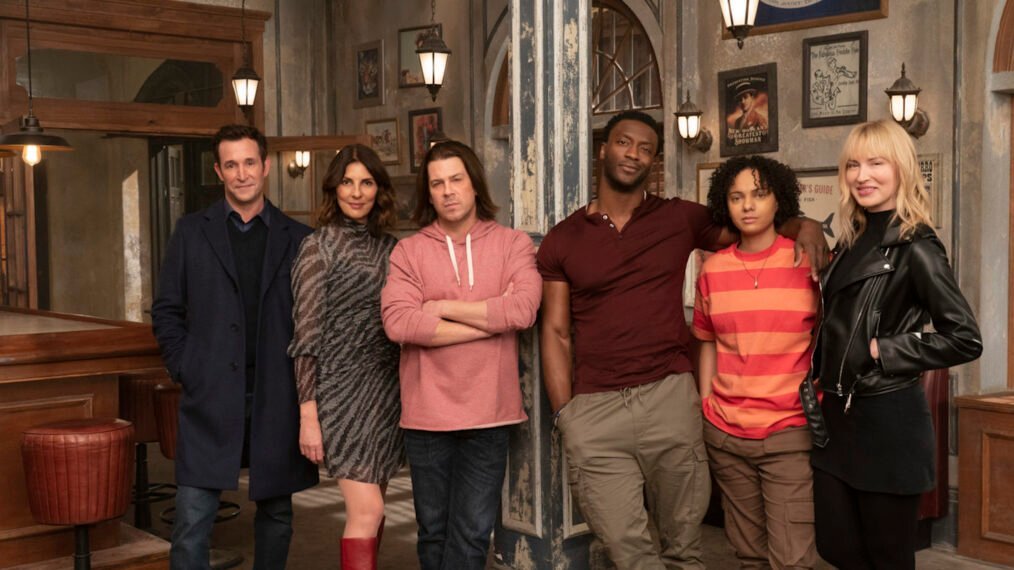 ION will be adding “Leverage: Redemption” to its lineup Monday nights at 9 p.m. ET beginning July 11 with a double episode premiere.

Picking up eight years later from where the original TNT hit series left off, the team consists of Sophie Devereaux (Bellman), Parker (Riesgraf), Eliot Spencer (Kane), and Alec Hardison (Hodge), who have watched the world change – and not necessarily for the better. It’s become easier – and sometimes legal – for the rich to become richer and the powerful to squash anyone who gets in their way. Down one team member, they find new blood in Harry Wilson (Wyle), a corporate lawyer looking for redemption and Breanna Casey (Shannon), Hardison’s foster sister who has a knack for computers, robotics and getting into trouble.

ION airs on the broadcast signals of local television stations and corresponding cable carriage and features a programming mix of contemporary off-network dramas geared toward an audience of adults 18-49. ION is seen across the U.S., representing more than 100 million homes, and is owned by The E.W. Scripps Company (NASDAQ: SSP).

A leading general entertainment network, ION’s lineup features major cable and broadcast shows, original series and special event programming. ION is part of The E.W. Scripps Company (NASDAQ: SSP), a diversified media company focused on creating a better-informed world. As one of the nation’s largest local TV broadcasters, Scripps serves communities with quality, objective local journalism and operates a portfolio of 61 stations in 41 markets. The Scripps Networks reach nearly every American through the national news outlets Court TV and Newsy and popular entertainment brands ION, Bounce, Grit, Laff, Court TV Mystery, Defy TV and TrueReal. Scripps is the nation’s largest holder of broadcast spectrum. Scripps runs an award-winning investigative reporting newsroom in Washington, D.C., and is the longtime steward of the Scripps National Spelling Bee. Founded in 1878, Scripps has held for decades to the motto, “Give light and the people will find their own way.”