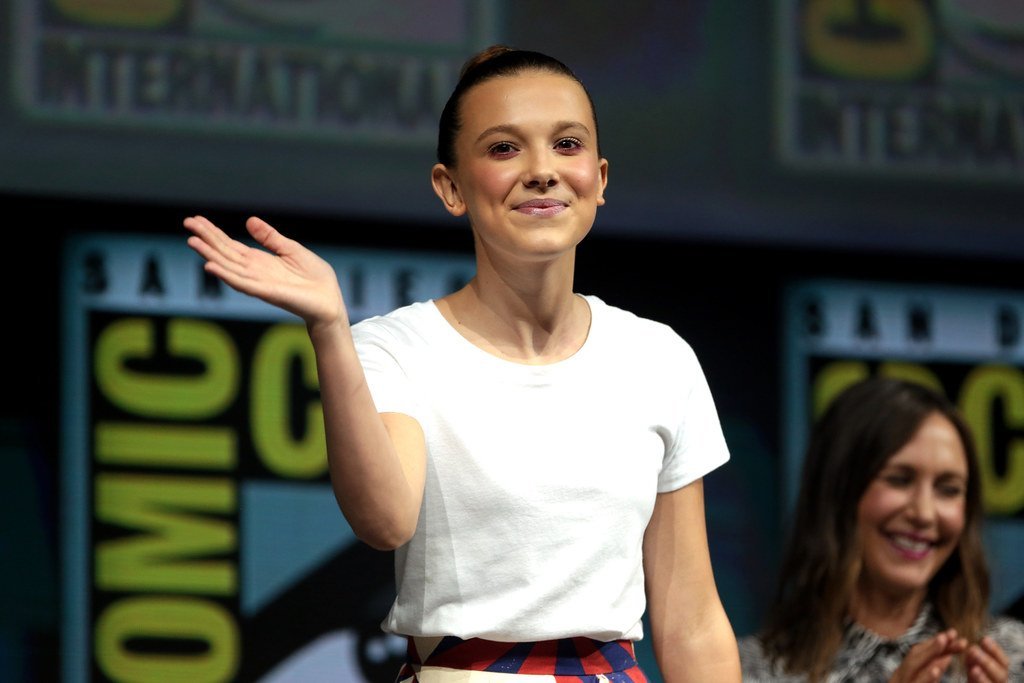 Millie Bobby Brown is “grateful” that ‘Stranger Things’ has given her a platform and prefers to focus on the positive aspects of being in the spotlight after starring in the Netflix series.

The 18-year-old actress was catapulted to global fame when she was just 12 due to her portrayal of Eleven in the Netflix sci-fi series and she insists that rather than focus on the negative aspects of celebrity she feels “extremely lucky” to have been given the opportunity to be part of such a fantastic show.

In an interview with the brand new issue of SFX magazine, Millie said: “We’re extremely lucky to have these opportunities. And all we can do, now that we have this platform, is make sure that everyone, every young person around the world, gets to achieve their dreams.

“So that’s kind of what I’m doing more. I’m focusing on being grateful for what I have, and the platform that I have.”

Millie Bobby Brown revealed that she has been able to bond with her co-stars who have gone through the same experience – particularly Finn Wolfhard as the pair have suffered from anxiety.

“Something that Finn and I both really relate to is our anxiety. And we’ve always kind of bonded over that.”

Millie continued: “So we naturally have our own things that we deal with. But it’s very nice to turn to the people that have gone through the exact same journey. And you’re like, ‘I actually feel that too’. And we can bond through that together.”

The new issue of SFX magazine is out now and celebrates ‘Stranger Things’ with three connecting covers, three posters and 13 stickers – all of which are not available anywhere else!