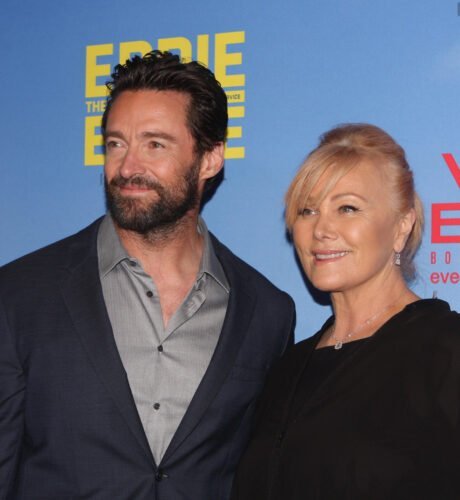 Hugh Jackman’s wife has insisted continuing speculation about the actor’s sexuality is “so silly.”

The ‘Greatest Showman’ actor has been dogged by speculation he’s attracted to men but his spouse Deborra-Lee Furness – who he has been married to for 26 years – insisted he’d have no reason to keep his personal life a secret if that was really the case.

Speaking on the ‘Not an Overnight Success’ podcast, the 66-year-old actress said: “Hugh’s been gay for whatever, I mean, hello guys – if he was gay, he could be gay

“He didn’t have to hide in the closet anymore, and he’d be dating Brad Pitt, or whatever. Not that Brad’s gay, but you know what I’m saying!

[We] don’t read a lot of that stuff. It’s so silly, and then people perpetuate silly things and it’s boring,” Hugh Jackman’s wife reiterated.

Earlier this month, the 53-year-old actor paid tribute to his “extraordinary” wife on their wedding anniversary.

Hugh wrote on Instagram: “Today I celebrate 26 years of marriage to my extraordinary wife.

“Every single day is filled with so much laughter, joy and backgammon!!!! Deb you light up my life. I love you with all my heart! (sic)”

The pair got married in 1996, and last summer Hugh said that while some people consider marriage to be “so much work”, his relationship “doesn’t feel like that”.

He explained: “People often say, ‘Oh my god, marriage is so much work.’ There are some things you gotta live by, but it doesn’t feel like that. It’s been one of the best things in my life.”

The ‘Logan’ star described his wife – with whom he has 21-year-old son Oscar and 16-year-old daughter Ava – as the “most optimistic person” he has ever met.

He added: “Deb is the lightest, most optimistic person I’ve ever met in my life. Like, if you ever want to play who’s the happiest person in the room? Deb wins.”