‘Game of Thrones’ prequel ‘House of the Dragon’ will be released in August, HBO has confirmed. The hotly-anticipated prequel to the mega-hit HBO fantasy series announced on Wednesday that the upcoming series will be making its way to the screen on August 21st.

Alongside an image of the show’s logo, HBO wrote on Instagram: “August 21. #HouseoftheDragon.”

The prequel series – which is reportedly set to take place around two centuries before the events in ‘Game of Thrones’ – will star former ‘Doctor Who’ actor Matt Smith in the leading role of dragon rider Prince Daemon Targaryen, the younger brother of King Viserys.

Matt previously claimed that the new show has to be “really different” from its predecessor because ‘Game of Thrones’ would be “impossible” to remake.

He told ComicBookGuy.com: “I think it’s really different to the original series, to be honest with you. I mean it has to be. The original series was its own thing and it was, it was so brilliant and, and sort of left a mark in a way that it would be impossible to repeat.”

His thoughts were echoed by ‘House of the Dragon’ showrunner Miguel Sapochik , who insisted that the new series will simply “pay homage” to its “groundbreaking” predecessor, which came to an end in 2019 after almost a decade. 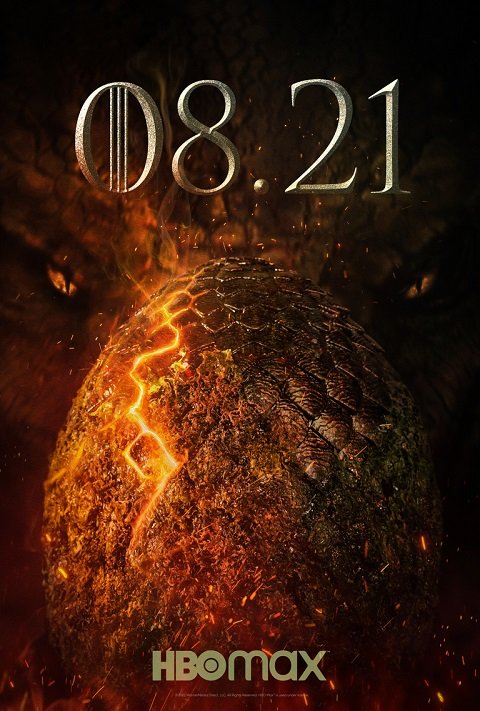 He said: “It wasn’t broken, so we’re not trying to reinvent the wheel. House of the Dragon has its own tone that will evolve and emerge over the course of the show. But first, it’s very important to pay respects and homage to the original series, which was pretty ground-breaking.”

Other stars confirmed to have been cast in the series include ‘Bates Motel’ star Olivia Cooke as Alicent Hightower and ‘Wanderlust’ actress Emma D’Arcy as Princess Rhaenyra Targaryen.

‘House of the Dragon’ is set to be released on HBO and HBO Max on 21st August, while UK viewers can watch the series a day later on Sky Atlantic and NOW TV.