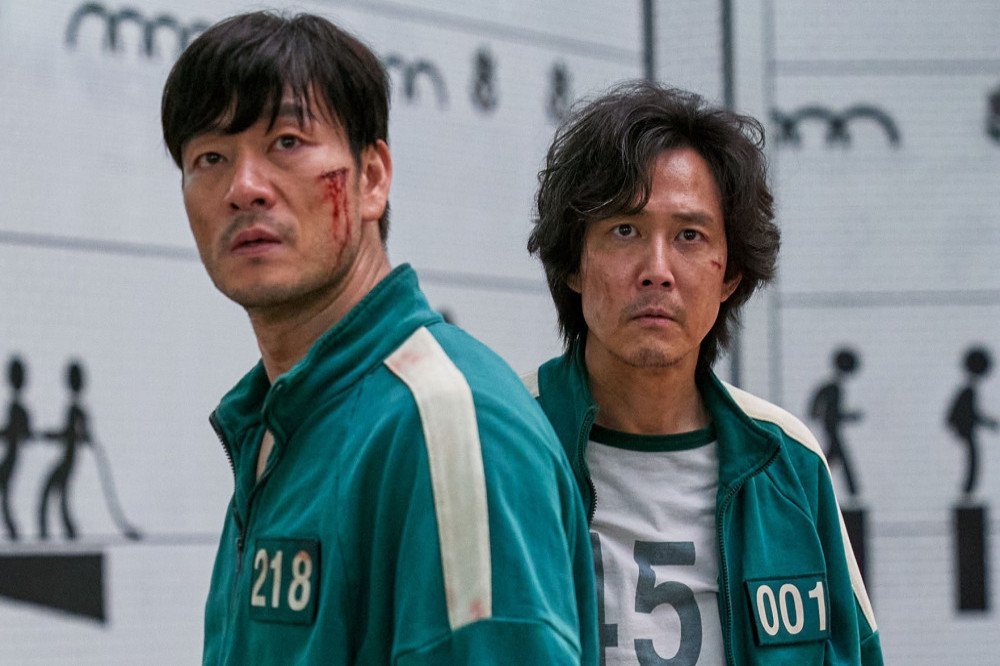 ‘Squid Game’ actor Park Hae-soo says he is a “huge fan” of ‘Butter’ hitmakers BTS. The 40-year-old actor sat down with Variety to take part in a game of ‘Most Likely To’ alongside several co-stars and director Hwang Dong-hyuk.

Park Hae-Soo, Jung Ho-yeon, Lee Jung-jae and Hwang Dong-hyuk were asked who among them was “most likely to sing a BTS song” and the votes were equally split between Jung Ho-yeon and Park Hae-soo.

Talking about his co-star, Jung said: “I mean, he’s a better singer than me, I think,

“But I think I know more about BTS than you.”

Park then went on to reveal that he was a massive fan of the k-pop boy band, whose hits include ‘Butter’, ‘Permission To Dance’ and Coldplay collaboration ‘My Universe’, but that he preferred dancing over singing.

‘Squid Game’ is a South Korean survival drama Netflix series, written and directed by Hwang Dong-hyuk. The story follows a contest in which 45.6 billion South Korean won is up for grabs. The 456 contestants taking part are all in debt and risk their lives by playing a series of deadly children’s games in order to be crowned the victor.

The concept of ‘Squid Game’ was inspired by Hwang’s own economic struggles as well as the social inequality that exists in Capitalist South Korea. The title was derived from a Korean children’s game of a similar name.

Hwang originally wrote ‘Squid Game’ in 2009, but was unable to find a production company that was interested in his story. It wasn’t until 2019 that Netfix picked up the series and decided to fund it.

Since its release earlier this year, it has become Netflix’s most-watched series, and was the top viewed program in 94 countries.

The mega-hit show surpassed the previous top series, period drama ‘Bridgerton’, as it attracted more than 1,65 billion views in its first four weeks from launch.