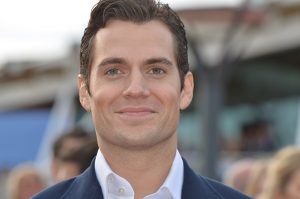 Henry Cavill has made his romance with Natalie Viscuso Instagram official after the pair were spotted holding hands on a dog walk last week.

The 37-year-old actor took to Instagram to share a picture of him and his “beautiful and brilliant love” playing a game of chess over the weekend.

He quipped and gushed in the caption: “This is me looking quietly confident shortly before my beautiful and brilliant love Natalie, destroys me at chess.”

According to her LinkedIn page, Natalie is the vice president of television and digital studios at Legendary Entertainment, a production company involved in Henry’s 2020 flick ‘Enola Holmes’ and 2013’s ‘Man of Steel’.

The new couple was spotted last week holding hands on a walk with his beloved pooch Kal.

Henry Cavill has previously been romantically linked to the likes of former ‘The Big Bang Theory’ star Kaley Cuoco and stuntwoman Lucy Cork.

Read: Prince Philip ‘wanted to die in his own bed’

His new romance is seemingly serious as he previously admitted he and his past partners have been subjected to “a slew of hate”.

And while the Superman actor finds it “enormously flattering” that people “care that much” about him and his love life, he will step back if the people in his life get “hurt” by the negativity.

Speaking of the pros and cons of being in the spotlight in 2017, he said: “There is obviously a flip-side to [fame], too: as soon as I get into a relationship, a slew of hate, directed at me as well as the girl, saying that I’ve changed.

“I haven’t changed a bit.

“But you have to take all of that in your stride, there are positive and negative parts to all of it, but ultimately it is enormously flattering to have people care that much. “As long as it doesn’t hurt anyone in my life, it is a good thing. As soon as it starts to affect people in my life, that’s when I drawback.”