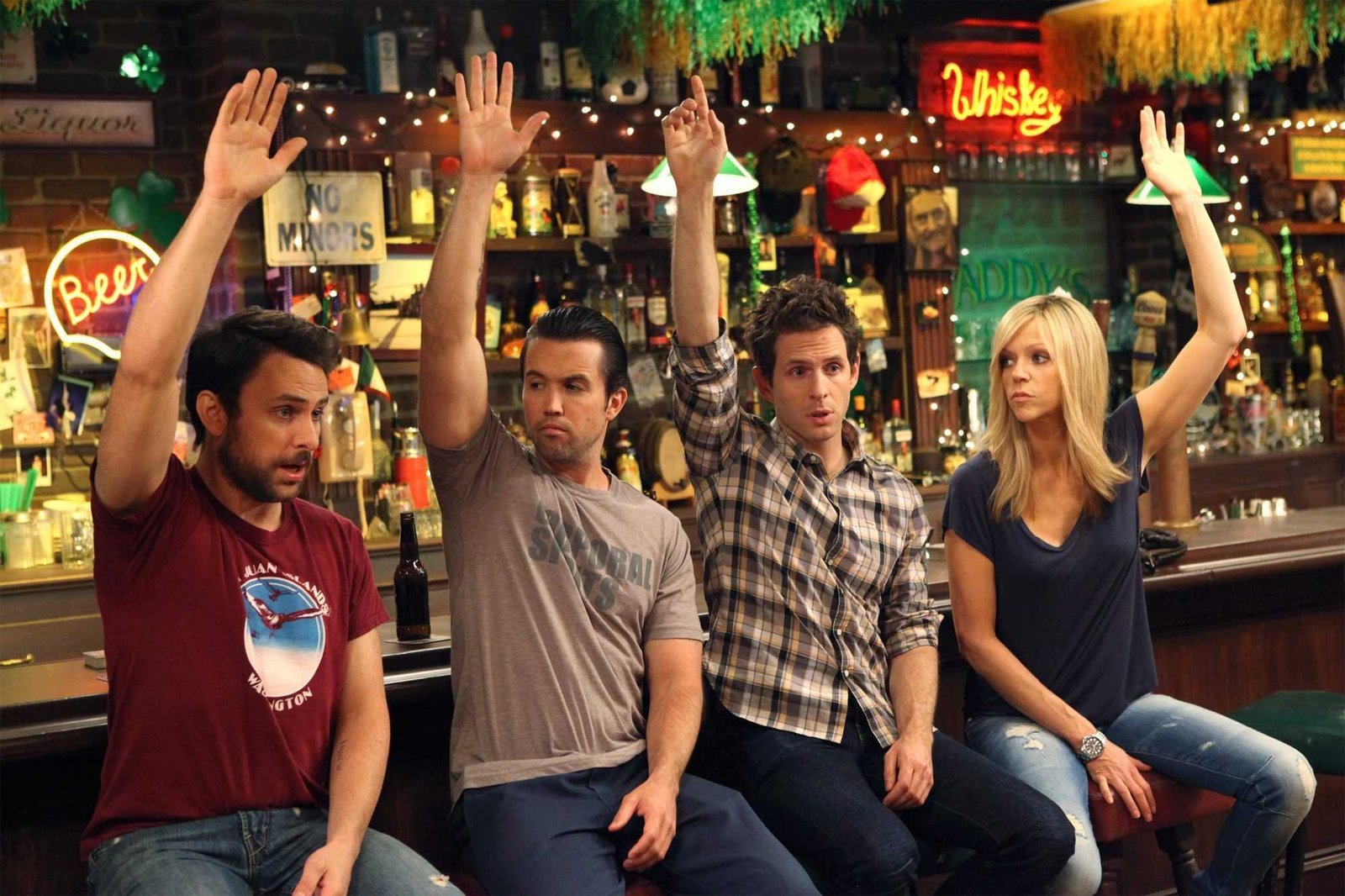 It’s Always Sunny in Philadelphia has been renewed for four additional seasons, it was announced today by John Landgraf, Chairman, FX Entertainment and FX Productions.

With season 15 due next year, Sunny will set the record as the longest-running live-action comedy series in television history, bypassing The Adventures of Ozzie & Harriet. Sunny’s remarkable run has also racked up more than 1.5 billion hours viewed since its premiere in 2005.

“The pitch for Sunny came into FX within the first few weeks of my joining the company in 2004,” said Landgraf. “I was 42 and Rob McElhenney was 27. Rob McElhenney is now 43 and, strangely, I’m now 44 – but I’m still at FX and he (with his original partners) is still running Sunny and will be for at least 4 more seasons. That kind of thing just does not happen in live action TV.”

Sunny creator Rob McElhenney noted, “When we first pitched Sunny, we saw it as a 36-season arc. We are so excited to be halfway there.”

“We have absolutely cherished our partnership with Rob McElhenney, Glenn Howertown and Charlie Day,” added Nick Grad, President, Original Programming, FX Entertainment. “It’s extraordinary how with each new season they and their collaborators Kaitlin Olson and Danny DeVito continue to make episodes that stand with the show’s very best and most classic. We’re happy the forecast will remain Sunny for years to come.”

It’s Always Sunny in Philadelphia was created by Rob McElhenney, who also serves as executive producer along with Glenn Howerton, Charlie Day, Michael Rotenberg and Nick Frenkel. The show is produced by FX Productions.