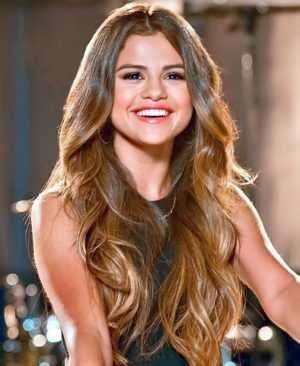 The producers of Saved by the Bell have apologized for making a joke about the kidney transplant of Selena Gomez.

The 28-year-old star revealed in 2017 that she’d received a kidney transplant from actress Francia Raisa after being diagnosed with lupus, and the makers of the reboot have now apologized for making fun of the situation during episode six.

In a statement, the show’s executive producers, Peacock and NBCUniversal told Us Weekly: “We apologize. It was never our intention to make light of Selena’s health. We have been in touch with her team and will be making a donation to her charity, The Selena Gomez Fund for Lupus Research at USC.”

During the episode, two of the show’s stars argued over who donated a kidney to Selena Gomez.

One of the actresses said: “I know for a fact that Selena Gomez’s kidney donor was Justin Bieber‘s mom. God, I wish that I had my phone so that I could prove it.”

In response, the other said: “Prove what? That you’re an idiot? It was Demi Lovato‘s kidney. They’re best friends, like you and I were.”

During another scene, the words “Does Selena Gomez even have a kidney?” are seen written on the walls.

The scenes prompted the hashtag #RespectSelenaGomez to start trending on Twitter, with fans of the music star taking to the platform to express their anger.

She wrote on the micro-blogging platform: “Appreciate the apology but let’s not forget about the donors that potentially felt offended and dismissed from the spray paint written on the wall

“As a kidney donor I want to show love and let other donors know that you are not alone. You are seen. You are appreciated. You are so brave and your selfless act is very much appreciated and valued! [Praying emoji] (sic)”