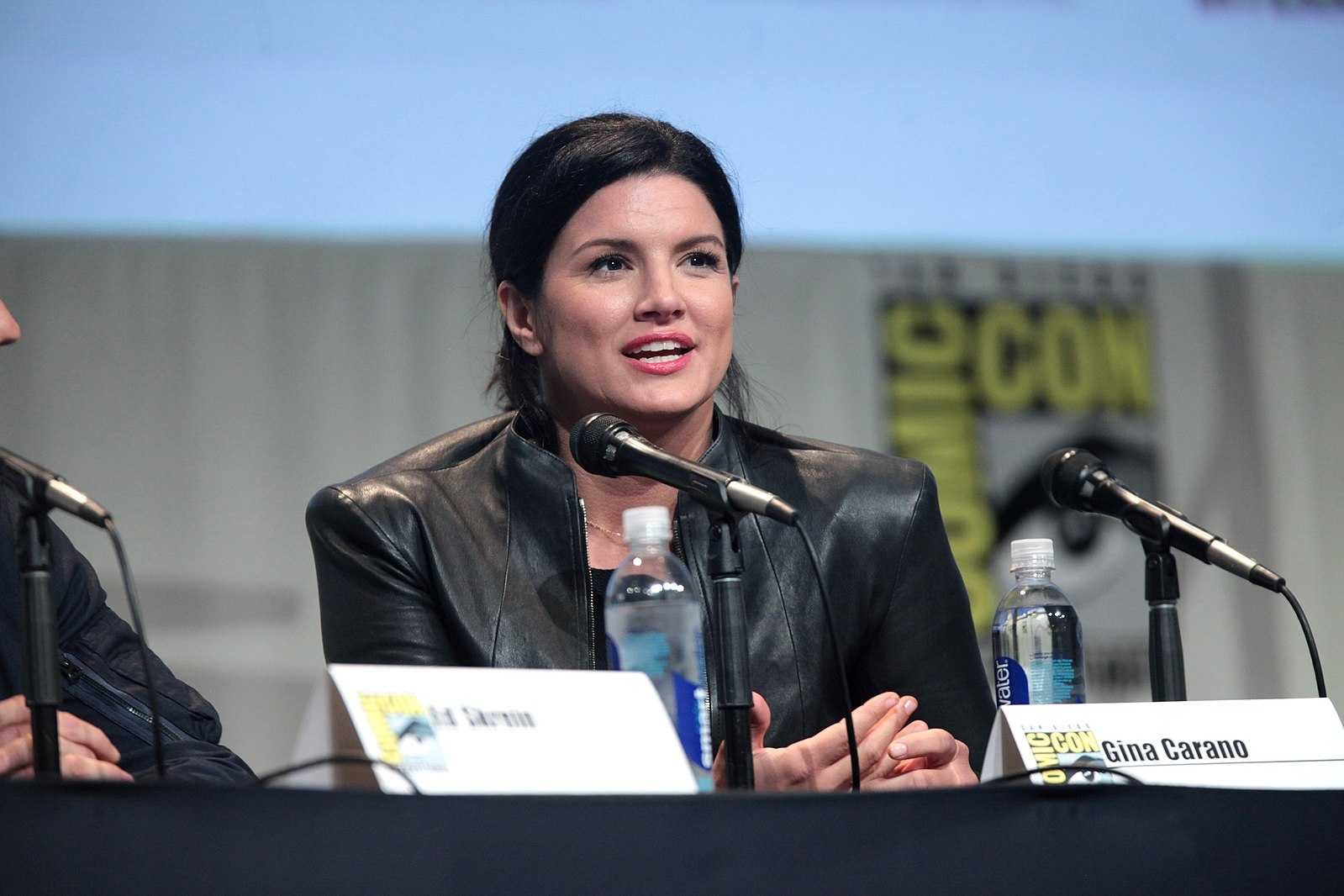 The Mandalorian actress Gina Carano finds herself in the middle of firestorm on social media after she posted a series of anti-mask memes on her Twitter profile.

The actress also denied the elections’ outcome and announced that she created a far-right social media account on Parler because of the censorship on Twitter.

Carano’s tweet has received a lot of comments and feedback with many calling Disney and Lucasfilm to fire the actress from The Mandalorian for her “bad” opinion.

The former MMA star has questioned the coronavirus pandemic on her social media in the past, alongside other conspiracy theorists, despite the deaths of nearly 250,000 Americans.

We need to clean up the election process so we are not left feeling the way we do today.
Put laws in place that protect us against voter fraud.
Investigate every state.
Film the counting.
Flush out the fake votes.
Require ID.
Make Voter Fraud end in 2020.
Fix the system. 🇺🇸

being a racist, transphobic, pandemic denying bigot are not “awkward” opinions, they’re harmful and dangerous but thanks for helping the hashtag reach the trending page #FireGinaCarano https://t.co/FWoec2YIdJ

It’s really disgusting how John Boyega and Kelly Marie Tran were viciously attacked by racist and sexist people, resulting in reduced roles and zero support from Disney, and Gina Carano gets a major role while associating herself with those very same people. #FireGinaCarano

Gina is receiving 100's of abusive tweets every hour from the woke mobs harassment campaign. pic.twitter.com/vv0XCID4QI

Carano will reprise her role as Cara Dune in The Mandalorian season 2. The show returned on Disney+ at the end of October and it has, so far, aired three episodes. Cara Dune has yet to make an appearance but she is confirmed to be back in the series.

Cara Dune is actually a fan favorite next to Pedro Pascal’s Mando lead.  However, the real-life behavior of the actress might have turned off some of the followers of Star Wars.

Disney and Lucasfilm have not commented on Carano’s controversial tweets. There are rumors that she could star in her The Mandalorian spinoff but nothing has been confirmed.

Meanwhile, the latest episode of The Mandalorian has fans thrilled for the introduction of Bo-Katan, played by Katee Sackhoff. The actress also voiced the character in the animated series Star Wars: Clone Wars.

In a post on Twitter, Sackhoff thanks the viewers for the very warm welcome. Bo-Katan’s appearance will flesh out a major storyline in the series, where she tells Mando the information on Jedi Ahosoka Tano’s location.

Mind blown and overwhelmed by this entire experience. It all started a long time ago in a galaxy far, far away and I’m so excited by the response to my girl Bo-Katan. I hope you all love her as much as I do. 💙💙💙💙💙💙 This Is The Way #mandolorian

The Mandalorian season 2 airs new episodes every Friday on Disney+. The second season will have around eight episodes.