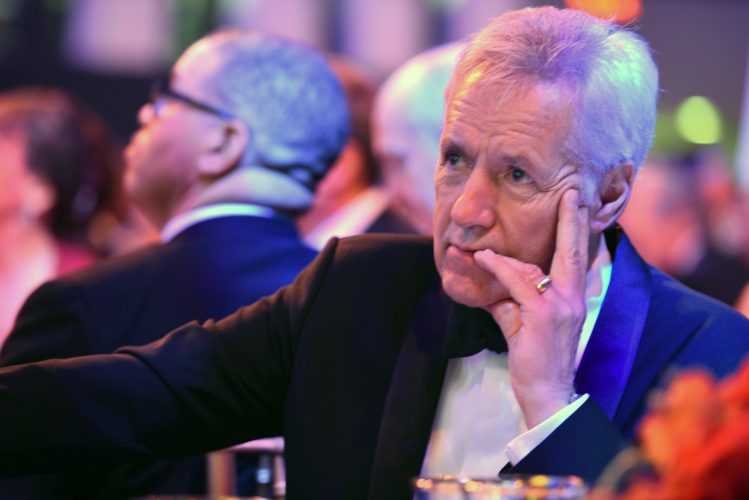 Alex Trebek, a longtime host of Jeopardy, has lost his battle with pancreatic cancer, and died at his home on Saturday, a spokesperson confirmed. He was 80 years old.

Trebek suffered from his illness since March 2019 but kept working on his show, where he has a contract until 2022. He taped his appearances last Oct. 29 for episodes that run until the end of December.

The host said that working and interacting with the contestants, as well as the crew, helped him cope with his cancer. According to Deadline, he hosted more than 8,200 episodes of the popular game show, setting off a Guinness World Record.

As news of his death came, previous winners and fans, including VIPs, posted their condolences on Twitter.

It was one of the great privileges of my life to spend time with this courageous man while he fought the battle of his life. You will never be replaced in our hearts, Alex. https://t.co/LLoUASRMa9

Alex wasn’t just the best ever at what he did. He was also a lovely and deeply decent man, and I’m grateful for every minute I got to spend with him. pic.twitter.com/CdHCcbqmp2

My heart is so sad over the passing of the classiest game show host of all time!!! His style was real to me …… condolences to his entire family and fans #AlexTrebek pic.twitter.com/3zMFAmpAXT

We mourn the loss of #alextrebek -a friend, a colleague, an icon. He graced us with warmth, wit & pure elegance, which is why we welcomed him into our homes night after night, year after year.
We are deeply saddened for his wife Jean, his family & millions of Jeopardy fans.

Couldn't we have one nice weekend? A kind gentleman whose excellence was so consistent, it was easy to take for granted. Rest well, Mr. Trebek. https://t.co/Zq7RN6kSKk

Alex Trebek hosted Jeopardy for 36 years. What an incredible career and remarkable life. I’m sending love to his family and fans.

Alex Trebek was kind enough to film a cameo for our film Free Guy last year despite his battle. He was gracious and funny. In addition to being curious, stalwart, generous, reassuring and of course, Canadian. We love you, Alex. And always will.

We have lost an icon. Almost every night for more than three decades, Alex Trebek entertained and educated millions around the world, instilling in so many of us a love for trivia. My deepest condolences to his family, friends, and all who are mourning this tremendous loss. pic.twitter.com/XoobAfJwBv

“The show is not announcing plans for a new host at this time,” Sony Pictures said in a statement

Born in Sudbury, Canada in 1940, Trebek started his broadcasting career with the Canadian Broadcasting Corporation while studying at the Ottawa College. He hosted different game shows on CBC and worked as an announcer on daily afternoon programs.

In 1973, Trebek became the host of an NBC game show, The Wizards of Odds, which lasted for one season. He started hosting Jeopardy in the 1980s and earned several Emmy Awards for his work in the popular series.

“We are a show that comes into your home every day that doesn’t disturb you,” the host said in 2007. “It’s the kind of program you can watch with every member of your family. There’s something for kids, there’s something for the grandparents in terms of clues, everyone can play. You can spend a half hour together without feeling you have to flee the room to watch your own show.”

Alex Trebek is survived by his wife Jean Currivan and children Emily and Matthew.