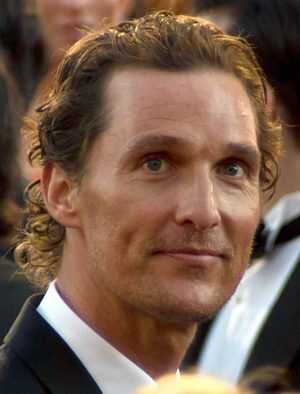 Oscar winner and Hollywood A-lister Matthew McConaughey revealed that he had his eyes set on playing Hulk for the Marvel Cinematic Universe but the studio rejected him.

In an interview on the podcast Happy Sad Confused, the 50-year-old star told Josh Horowitz that he asked about playing Hulk because he was such a fan of the TV series starring Lou Ferrigno. However, Marvel apparently said, “No, thank you,” to Matthew McConaughey after he offered his services.

In 2008, Ed Norton played the Hulk in The Incredible Hulk franchise. Mark Ruffalo replaced the actor in 2010 and has been the Hulk on the big screen for the last decade. It’s unclear, therefore, when McConaughey took interest in playing the character for one of those big-budgeted films.

McConaughey also shared on Andy Cohen’s show early this year that he auditioned for director James Camero for the role of  Jack in the Titanic.

“The audition went really well. Well enough where, when I was left, I was being slapped on the back,” the actor said. “Well enough where you go outside and call your agent and say, ‘Oh, I nailed it.”

But despite these rejections, the actor went on to become one of the most respected talents in Hollywood. He won Oscars for Dallas Buyers Club and The Wolf of Wall Street and was, at one point, enjoying his flouring career during the “McConaissance.”

Matthew McConaughey is making the rounds in the press to promote his memoir, Greenlights, where he revealed facets about his childhood and his family.

“A green light is an affirmation, setting yourself up for success,” the actor said about the title choice. “A greenlight can be as simple as putting your coffee in the coffee filter before you go to bed so tomorrow morning all you’ve got to do is push the button.”