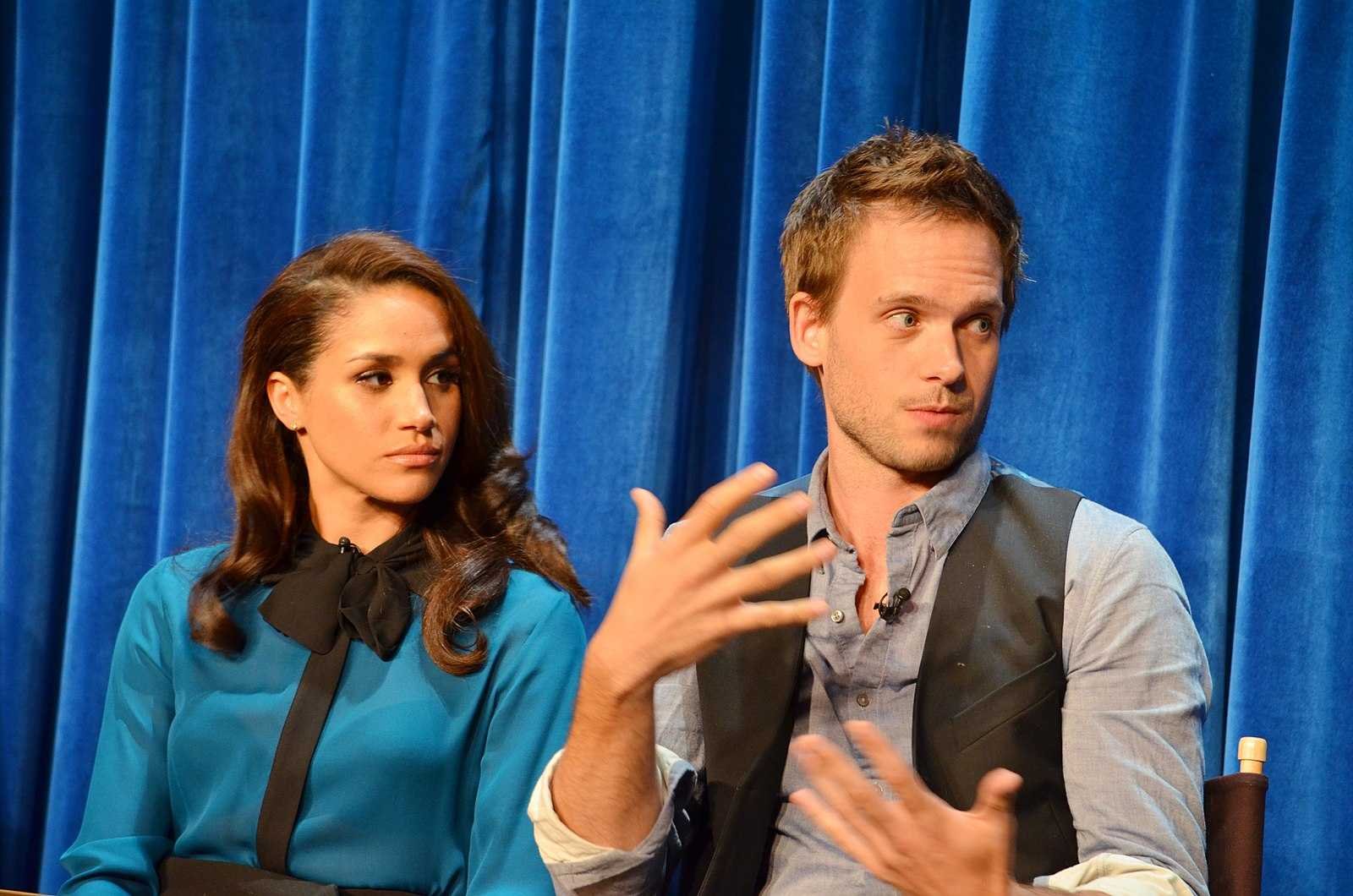 Patrick J. Adams is “scared” of contacting his former Suits co-star Meghan Markle, now the Duchess of Sussex. The 39-year-old actor starred alongside Meghan in the drama series from 2011 until Meghan’s departure in 2018, after she tied the knot with the British royal, Prince Harry, the Duke of Sussex.

Although they played love interests on-screen for seven years and built a strong friendship in the process, Patrick has admitted he’s too “intimidated” by Meghan Markle’s new royal status to give her a call.

“Quite frankly, I think I’m intimidated. I have no doubt I could pick up the phone and call her at any moment, but I don’t know what I would say,” the actor said.

Patrick has a two-year-old daughter, Aurora, with his wife, actress Troian Bellisario. He said he’s been in touch with Meghan, also 39, a few times since Suits wrapped, as the actor says they exchanged messages and “gifts” when their children were born.

But that hasn’t stopped Patrick from feeling “pure fear” at the thought of getting in touch with Meghan, who has 16-month-old son Archie with Harry.

Speaking to the Radio Times, Patrick said: “After our children were born, there were some texts sent and gifts sent, but I guess I’m a little scared. I think it’s pure fear. I guess I’m scared about the idea of breaking through whatever walls exist to have that conversation.”

Meanwhile, Patrick recently said he’s “very happy” to hear Meghan and Harry have been “doing well” since they moved to the US with their son.

“I miss my friend, but I’m very happy she’s doing well,” the actor said. “I don’t really have any regular contact.”

Patrick also said he’s pleased Meghan Markle has been vocal about the upcoming U.S. presidential election. He added: “[I’m] very, very happy that she’s becoming very vocal and doing whatever she can to help the election in November.”