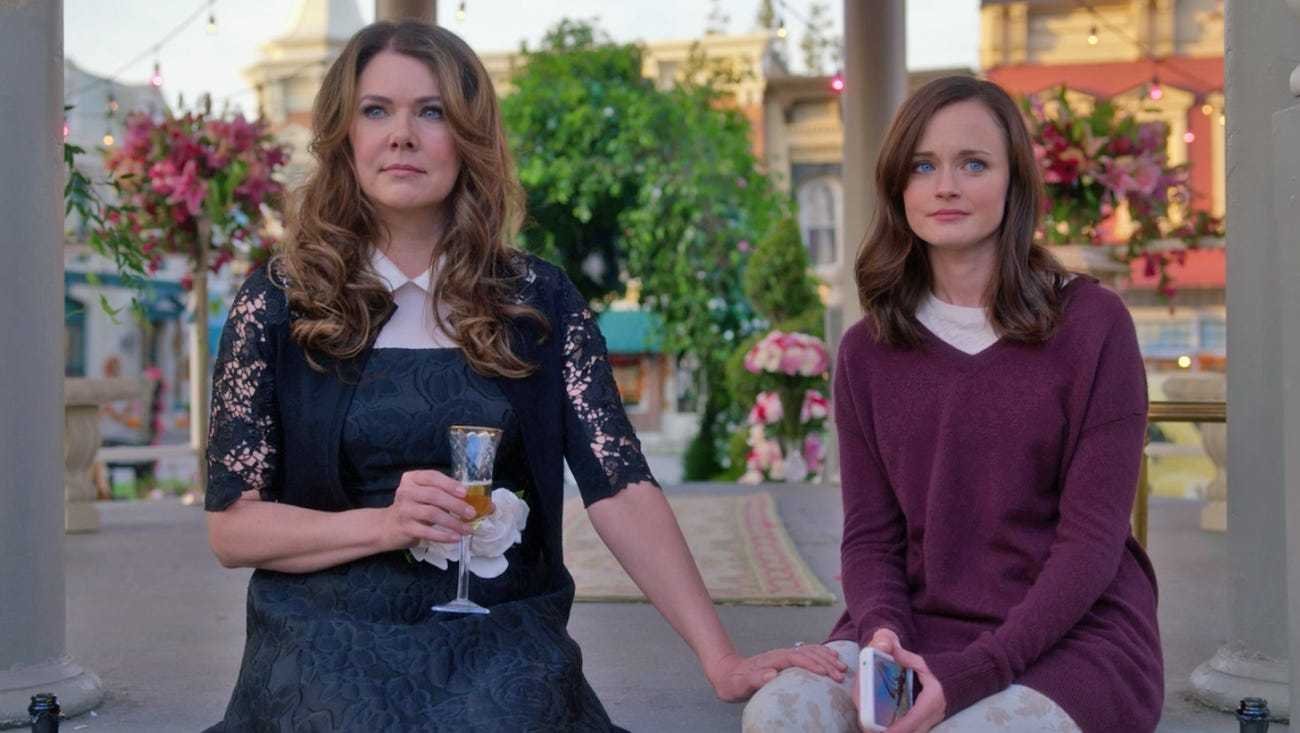 October 5, 2020 (Burbank, CA) ─ On the twentieth anniversary of the “Gilmore Girls” series premiere, The CW Network announced it is returning to Stars Hollow for the Thanksgiving holiday with the acquisition of GILMORE GIRLS: A YEAR IN THE LIFE airing as a four-night event beginning Monday, November 23 (8:00-10:00 pm ET/PT) through Thursday, November 26 (8:00-10:00 pm ET/PT). The four-part miniseries will air on The CW Network and stream for free on the ad-supported The CW app and cwtv.com for 30 days following its premiere.

Premiering on October 5, 2000, and airing for seven seasons on both The CW and its predecessor The WB, “Gilmore Girls” told the story of a close relationship between a mother and her daughter: Best friends first. Mother and daughter second. Accentuating that relationship were stacks of stories and characters within their cozy and eccentric town of Stars Hollow, Connecticut. When we last saw the Gilmores, Rory (Alexis Bledel, “The Handmaid’s Tale”) had just graduated from Yale and was poised to cover Barack Obama’s presidential campaign. Lorelai (Lauren Graham, “Zoey’s Extraordinary Playlist”) and Luke Danes (Scott Patterson, “Saw” films) shared a kiss, hinting there might be a future for the couple. GILMORE GIRLS: A YEAR IN THE LIFE kicks off years later in present-day Stars Hollow.

As GILMORE GIRLS: A YEAR IN THE LIFE begins, Lorelai still runs the Dragonfly Inn (and chugs coffee like its water) and Rory, now 32, has experienced some success in her journalism career. As Rory works through job-related struggles and Lorelai deals with some unresolved issues of her own, Emily Gilmore (Kelly Bishop, “The Good Wife”) has been handling the loss of her dear husband, Richard. Emily is at a major crossroads in her life, recently widowed and trying to figure out what to do next. Richard’s death forces Emily and Lorelai to finally reexamine their own fraught relationship, and what the future holds for this mother and daughter.

We see the return of many of Rory’s circle, including her best friend Lane Kim (Keiko Agena, “Prodigal Son”), who still plays in a band with her husband Zack (Todd Lowe, “True Blood”) and is the mother of twin boys. High school frenemy-turned-college roommate-turned-close friend (and still occasional nemesis) Paris Geller (Liza Weil, “How To Get Away With Murder,” “The Marvelous Mrs. Maisel”) also returns, and Rory’s most memorable ex-boyfriends – Logan (Matt Czuchry, “The Resident), Jess (Milo Ventimiglia, “This Is Us”), and Dean (Jared Padalecki, “Supernatural”) – surface throughout the chapters.

Stars Hollow’s cast of characters is back in full swing with Kirk Gleason (Sean Gunn, “Guardians of the Galaxy, Vol 2”) and another business idea, and Taylor (Michael Winters, “Days of our Lives”), who stages a classic Star Hollow musical. Of course, the citizens are once again abuzz at the latest town meeting. As for Lorelai’s love life, Luke remains in her heart and in her life.

Directed, written and executive produced by series creators Amy Sherman-Palladino and Daniel Palladino, GILMORE GIRLS: A YEAR IN THE LIFE is from Dolly Parker Drank Here Productions in association with Warner Bros. Television.

The following is the broadcast schedule for The CW’s special GILMORE GIRLS: A YEAR IN THE LIFE four-night event. All times ET/PT: