Netflix to remake ‘Conan the Barbarian’ series after 40 years 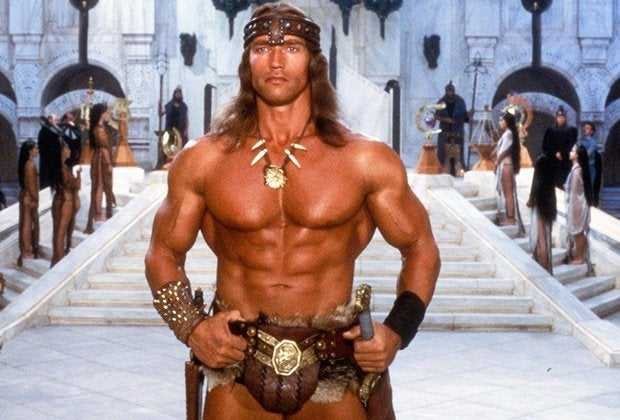 Netflix is set to remake Conan the Barbarian, the character created by author Robert E. Howard in 1932 and played by Arnold Schwarzenegger on the big screen nearly 40 years ago.

The production of the TV series will come from Fredrik Malmberg and Mark Wheeler of Pathfinder Media and Netflix is reportedly looking to tap a writer and director for the show, per Deadline.

“Today is a new day. I think we need ourselves some Conan. Ok, let me see what we can do. I’ll be back.”

Today is a new day. I think we need ourselves some Conan. Ok, let me see what we can do. I’ll be back.

John Milius directed Conan the Barbarian in 1982 from a script penned by Oliver Stone. The movie amassed $300 million in the box office and in home video returns. The sequel with Grace Jones, Wilt Chamberlain and André the Giant, titled Conan the Destroyer, came two years later but failed to rake in at the box office with just $31 million.

In 2011, Aquaman star Jason Momoa starred as Conan, the barbarian, as well. The production, however, received low ratings.  The mythology also spawned at least three TV shows with different leads, which didn’t last a season.

Schwarzenegger said that he was aware Milius has been working on a new script after they reunited at one Comic-Con event. The working title of this script is Conan the King. It’s unclear if Milius and Schwarzenegger will be tied to the Netflix project.

Amazon also developed its own Conan series with Pathfinder Media and Game of Thrones veteran Ryan Condal and Miguel Sapochnik.

Conan the Barbarian is a story centering on a muscular barbarian warrior who wants to avenge his parents against the leader of the Snake Cult, Thulsa Doom, played by James Earl Jones. The character first appeared in Howard’s Weird Tales series and was a favorite among his readers. The movie also made Schwarzenegger a big-screen superstar.