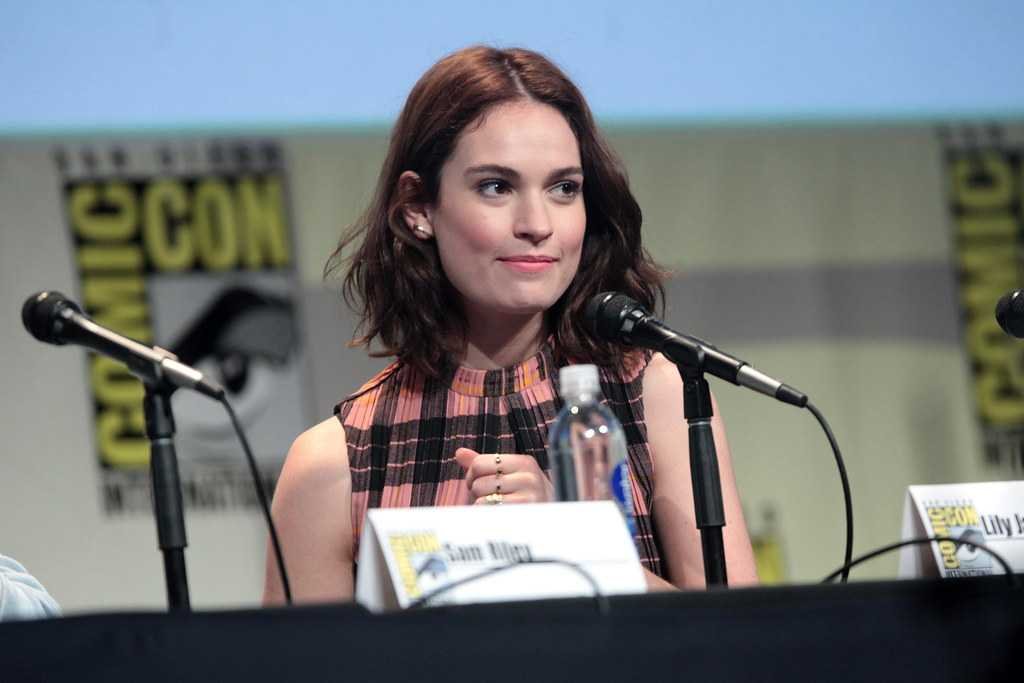 Cinderella star Lily James is keeping quiet over her rumored romance with Captain America, Chris Evans. The actress featured in a Harper’s Bazaar cover story, where she gave love advice to her younger self.

“Don’t be obsessed by boys!” the actress said. “Hang out with your girl mates. And don’t take everything so seriously — be kind to yourself.”

The publication noted, however, that the actress doesn’t want to spill on her dating life. In July, James and Evans were seen out and about in London and shared a cab when they went to a private club for a Fourth of July celebration.

A few days later, Lily James and Evans were also seen at a London park as they ate ice cream on cones and went for a stroll.

Evans, on the other hand, dated actress Jenny Slate on and off for at least two years, from 2016 to 2018. The source said that the actor had been seeing different women, not exclusively, since their official split. The actor was also with Jessica Biel for five years, between 2001 to 2006, and they even thought of marriage and kids before splitting up.

The Avengers star recently made headlines after making the mistake of sharing his phone camera roll online. The roll included a photo of what seems like his penis. He deleted the post but not before it was screen-captured and reshared on the internet.

Meanwhile, Lily James’ new film, Rebecca, will run on Netflix Oct. 21. The movie is based on a gothic novel by author Daphne du Maurie from 1938. She co-stars with Armie Hammer, Kristin Scott Thomas and Keeley Hawes.

As in the original, a naive young woman working as a companion to a wealthy widow is swept off her feet by the dashing and mysterious Maxim de Winter. He brings her home to his family pile, Manderley, in Cornwall, where the unnamed bride finds everyone apparently still under the spell of Maxim’s first wife, Rebecca, who has died in unexplained circumstances.