Gilas Pilipinas: Pogoy out of SEA Games after injury – report 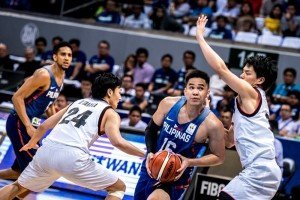 Gilas Pilipinas Men wing man Roger Pogoy will not be part of the 2019 SEA Games roster for the Philippines after suffering a bulging disc, according to a report by ESPN5.

Citing quotes from Gilas team manager Gabby Cui, EPSN5 reported that Pogoy will have to be replaced in the 12-man roster.

This will also be a blow for TNT KaTropa, who are already in the semi-finals of the on-going PBA Governors’ Cup.