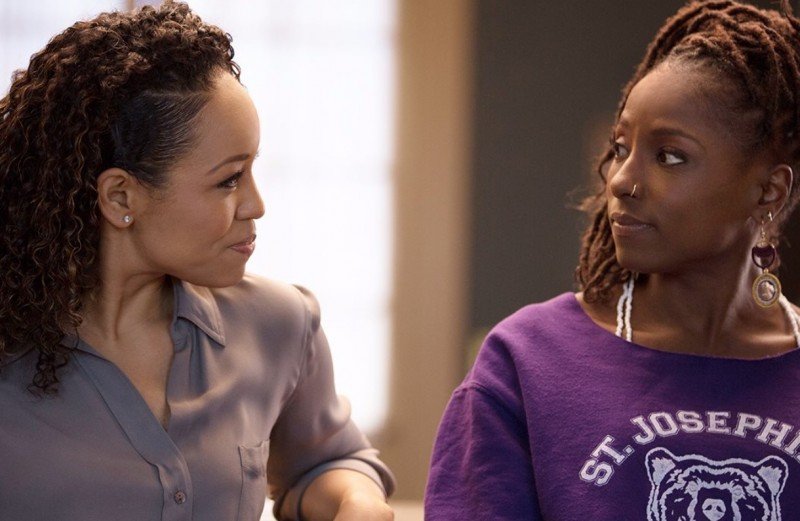 Cree Summer, best known for her role as the iconoclast college student Winifred “Freddie” Brooks on the beloved sitcom, “A Different World,” portrays Octavia Laurent, a professor and fiery past love of Nova Bordelon (Rutina Wesley, “True Blood”) who surprises Nova while in Atlanta during her cross-country book tour.

About the newly announced directors of “Queen Sugar:”

Pratibha Parmar, born in Kenya and of Indian decent, is an award-winning filmmaker and artist whose credits include the definitive feature biography, “Alice Walker: Beauty In Truth,” which tells the life story of the American literary icon. Her ground-breaking body of work spans fiction, documentary and video art. Recognized as a pioneer of South Asian world cinema, “Nina’s Heavenly Delights,” her debut feature was a pioneering South Asian LGBT romantic comedy set in Scotland. Pratibha was awarded The Visionary Award for her body of work from the One in Ten Film Festival, is a winner of the Frameline Film Festival Lifetime Achievement Award and was nominated for a GLAAD Global Voice Advocate Award. She is currently a Professor in the Film Program at California College of the Arts, San Francisco. “Queen Sugar” marks Parmar’s U.S. television directorial debut.

Deborah Kampmeier is an award-winning filmmaker, having written, directed, produced and edited multiple short and feature films. Her first feature “Virgin,” starring Elisabeth Moss and Robin Wright was nominated for two 2004 Independent Spirit Awards, including Best Actress for Elisabeth Moss and the John Cassavetes Award. Her second feature, “Hounddog,” starring Dakota Fanning and Robin Wright was nominated for the Grand Jury Prize at the 2007 Sundance Film Festival. Deborah’s third feature, “SPLit,” won Best of Show at the 2016 Female Eye Film Festival and was nominated for the Independent Vision Best Film at the 2016 Sarasota Film Festival. Deborah is in post-production on her fourth feature “Tape,” starring Isabelle Fuhrman. And she is prepping her next feature “Dirt Rhapsody,” which will begin production in fall 2019. “Queen Sugar” marks Kampmeier’s television directorial debut.

Stacey Muhammad was one of thirteen directors chosen by the Directors Guild of America and the Association of Independent Commercial Producers for the inaugural Commercial Director’s Diversity Program. Her digital series “For Colored Boys, Redemption,” was named one of the top digital series by IndieWire, and as a writer, director and producer, she continues to receive rave reviews for her cinematic approach and distinctive style to storytelling and for creating emotionally charged, character-driven stories. Stacey’s recent work includes serving as director and co-executive producer on multiple docu-series projects including “From The Bottom Up,” directing the “Being Mary Jane: After Shows” and directing the award-winning short film “The Creed” starring Yolonda Ross (“The Chi”). Stacey is currently in development with her first feature film titled, “The Return.” A New Orleans native, she is also in production on her latest feature documentary project titled “Second Line.” “Queen Sugar” marks Fitz’s scripted television directorial debut.

“Queen Sugar” was named Best Television Show Drama from the African American Film Critics Association (AAFCA) for the third consecutive year and was nominated for an NAACP Image Award for Best Drama Series. During its most-recent season, “Queen Sugar” was the #5 original scripted series on ad-supported cable among W25-54, ranked #1 across all cable on Wednesday nights in the timeslot with W25-54 and ranked among the top five scripted series on all ad-supported cable with African-American W18-34.

In the series’ fourth season, the contemporary drama returns as the Bordelons find themselves continuing their fight to save their family farm and preserve their father’s legacy as they navigate their own personal journeys. Charley (Dawn-Lyen Gardner) remains in the thick of the trials and tribulations in both her personal and professional life as she continues to battle the Landry family while also trying to ensure Micah’s (Nicholas Ashe) safety and future. Nova (Rutina Wesley) publishes her memoir and while she goes on a book tour around the country sharing her family secrets and shaking things up at home, she unexpectedly encounters significant relationships from her past along the way. Ralph Angel (Kofi Siriboe) is managing fatherhood and his complicated relationship with ex-girlfriend Darla (Bianca Lawson) after learning he is not the biological father of his son, Blue (Ethan Hutchison), and is encouraged by an old friend to create opportunities for formerly incarcerated men.

“Queen Sugar” is produced for OWN by Forward Movement and Harpo Films in association with Warner Horizon Scripted Television. The executive producers are Ava DuVernay, Oprah Winfrey, Paul Garnes and Anthony Sparks. The series is based on the book by Natalie Baszile.