Reese Witherspoon is closing the deal to reprise her famous lawyer character Elle Woods. The actress is intends to do produce “Legally Blonde 3” under her production company Hello Sunshine. 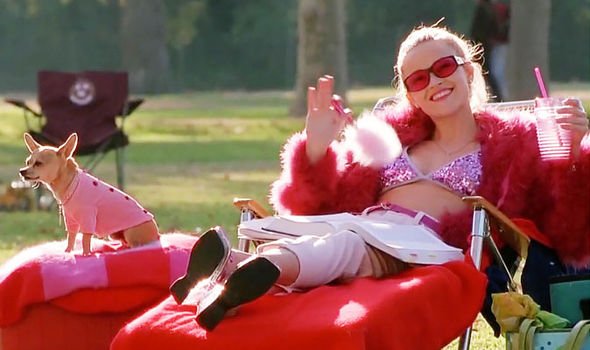 The Oscar-winning star is planning to bring back the writers of the first movie, Kirsten Smith and Karen McCullah, according to The Hollywood Reporter. Even the film’s producer Marc Platt is also getting on board.

It’s still unclear, however, if “Legally Blonde 3” will include the original cast. Luke Wilson was in the movies, as well as Selma Blair, Victor Garber, Ali Larter, Sally Field and Regina King.

It’s also unclear if Bruiser, Elle’s faithful dog, will be replaced by a new dog. The canine who played the character, Moonie the Chihuahua, died in 2013, as Witherspoon announced on her Instagram.

Not much has also been revealed about the plot to the third installment but trust that it will center on a female empowerment theme, an advocacy close to the actress’ heart.

“I think it would be kind of cool to see her, 15 years later,” Witherspoon said, when she discussed bringing back Elle Woods on James Corden’s late night show in March. “Like, what’s she doing now?…But I need a good idea.”

Witherspoon and Corden brainstormed about Elle Woods being a Supreme Court justice or a powerful attorney who lands in prison.

The actress has been having quite a busy season in Hollywood with filming “Big Little Lies” season 2 for HBO and a new TV series with Jennifer Aniston for Apple TV. She is also working with Kerry Washington for the Hulu adaptation of “Little Fires Everywhere.”

The films feature Witherspoon’s character as a sorority girl who decided to go to Harvard Law school to follow her boyfriend but she ends up becoming an actual accomplished law student. The second movie found Elle Woods working for a congresswoman.