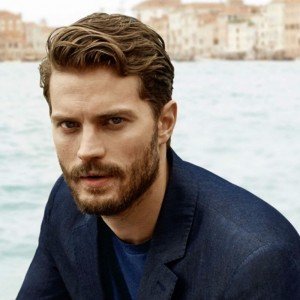 “Fifty Shades” superstar Jamie Dornan is returning to television with a project that will reunite him with “The Fall” writer and director Allan Cubitt. The series “Death for Nightingales” is a period drama that also stars Matthew Rhys (“The Americans”).

The show is an adaptation of the book written by Eugene McCabe and its story will take place within a 24-hour period only.

Set in 1885 in the countryside of Ireland, “Death for Nightingales” will also star Ann Skelly (“Red Rock”) as Beth Winters, who meets and falls in love with Liam Ward (Dornan) despite the objection of her stepfather Billy (Rhys).

The show’s synopsis read: “As decades of pain and betrayal finally build to a devastating climax, Death and Nightingales is a powerful and gripping drama that follows a woman struggling to control her own destiny and will illuminate tensions that tear both families and nations apart.”

Dornan expressed that he’s thrilled to be back to working with Cubitt, whom he worked with for three seasons in the BBC suspense thriller “The Fall.” Dornan played the serial killer Paul Spector and earned critical-acclaim for his portrayal.

Skelly, on the other hand, said that she cannot believe she’s working with Dornan, Rhys and Cubitt in this BBC production.

“Playing such a strong character as Beth Winters is truly an actor’s dream, and a fantastically intense challenge to be given the opportunity to play,” Skelly said. “And to get to work with such brilliant actors like Matthew and Jamie, and a director like Allan Cubitt, is just surreal to me. I can’t wait to start!”

The show has no production schedule nor airdate from the network so far. Dornan, however, will be also working on another project — the action movie “Borderland.” The film follows the tension between the British government and the IRA in the 1970s.

Dornan will be seen next on the big screen for the latest “Robin Hood” adaptation as Will Scarlett, one of the Merry Men. The movie stars .Taron Egerton, Eve Hewson, Ben Mendelsohn and Jamie Foxx

Meanwhile, Rhys is wrapping up work in “The Americans,” which airs its final season this year.