‘The Sinner’ returning for Season 2 with Bill Pullman, Jessica Biel is EP 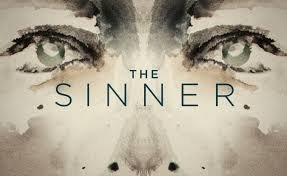 USA Network’s “The Sinner” was originally meant to be a one-season series. Since earning rave reviews, top ratings and nominations at the Golden Globes, however, the network has been exploring bringing it back.

Now, the network has announced “The Sinner” is indeed returning for season 2. It’s unclear, however, if star Jessica Biel will be gracing the second season on screen. The actress, who earned a nomination for playing the disturbed mother Cora, will still be attached to the show as its executive producer.

According to Deadline, “The Sinner” season 2 will focus on Bill Pullman’s character, Detective Harry Ambrose. He will return to his hometown to investigate another gruesome murder.

This time, Ambrose is task to find the killer of the parents of an 11-year-old boy. Only, Ambrose finds out that it was the son who actually did it without any particular motive. In the process, the detective learns about a mysterious woman who might be the answer that will close this case for good.

Also returning to “The Sinner” season 2 is Derek Simonds, the showrunner and executive producer. Antonio Campos, the director, will also be on board.

“In our second season, we’ll follow Detective Ambrose as he tracks his newest “why-dunnit,” while staying true to the unique, edge-of-your-seat storytelling that captivated audiences and critics alike,” Chris McCumber of NBCUniversal Cable Entertainment said.

“We are very proud of the series they have developed and it is with great excitement that we, along with our partners at USA Network, announce a new chapter in Detective Ambrose’s story, played once again by the incomparable Bill Pullman, as he embarks on a gripping new mystery,” the press release further stated.

There will be eight episodes to “The Sinner” season 2. USA Network has not yet set a release date but it will likely begin airing in 2019.