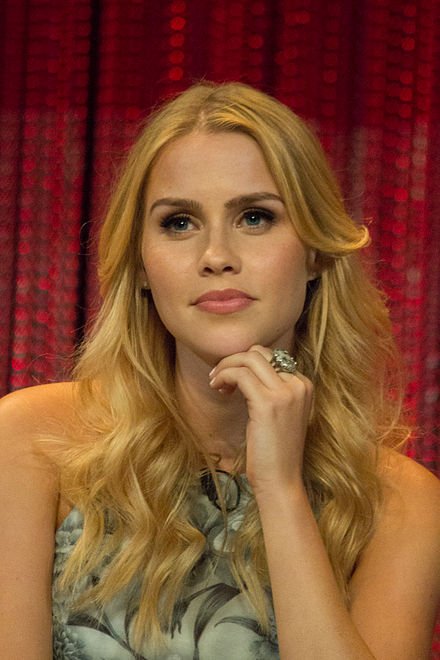 “The Originals” star Claire Holt shared sad news on social media this week. The actress opened up about losing her child, as she revealed she had a miscarriage nearly two weeks ago.

Holt posted a selfie taken from the hospital where she was being prepped for a surgery. She shared that the doctors could not detect her baby’s heartbeat and confirmed she suffered a miscarriage.

“I’ve never felt more broken in my life,” Holt wrote in the photo caption. “I debated sharing this so soon and I’m still frightened about making such a private struggle public, but I’m doing it anyway because it’s important.”

Holt said that she sought a group online to discuss what she felt following her miscarriage. She also found immense support from her partner, Andrew Joblon, the father of her child, and realized that opening up about her struggles helped her deal with the pain. Holt also shared a blog post link that helped her cope with the loss of her child. The baby would have been the 29-year-old actress’ first child.

I took this photo 10 days ago, as I waited for surgery after my sweet little baby lost its heartbeat. I sent it to my fiancé in the waiting room to show him that I was ok. I wasn’t. I’ve never felt more broken in my life. I debated sharing this so soon and I’m still frightened about making such a private struggle public, but I’m doing it anyway because it’s important. After my D & C, I spent hours on the internet searching for women who had been through it. I was desperate to find someone, anyone, who could relate to what I was feeling. Someone to tell me that the depression and hopelessness were normal. That it wasn’t my fault. That I wasn’t broken forever. I found a community of women who shared my exact experience. Who were open and vulnerable about miscarriage, something that isn’t often or openly discussed. It breaks my heart to think that losing a baby feels like something we have to keep to ourselves. Why is it any different than the death of a loved one? How is it any less meaningful? Here is what I have learned as I begin to crawl out of the dark hole: support is everything. I could not have survived this without the unconditional love of my partner. Despite his pain, he was my rock and my safety net. I will never know how to thank him. I also found that opening up to people is crucial. As soon as I told my story, almost everyone I spoke to told me theirs – their own, their wife’s, their sister’s. So many people go through it and understand the breadth of pain, yet so few people talk about it. Finally, I want to share a blog post that resonated with every part of me. You can find the link in my bio, @leandramcohen of @manrepeller articulates the emotional rollercoaster with an eloquence that I could never possess. To anyone out there who has been through a miscarriage, I understand you. I share every bit of your pain and you are not alone. Please be kind to yourself and I hope that you will be comfortable sharing your story too.

Following her revelations, fans poured their support on the former “Vampire Diaries” star. Some of her followers also shared their experience with miscarriage and thank Holt for being brave to open up about her pain.

Holt, an Australian actress shot to fame on television for her work on “H20: Just Add Water.” In 2011, she became popular among American audiences when she joined “The Vampire Diaries” and later starred in the spinoff series “The Originals.”

The actress was once married to producer Matthew Kaplan, but they divorced in April 2017. Holt eventually met and got engaged to Joblon in December that same year.