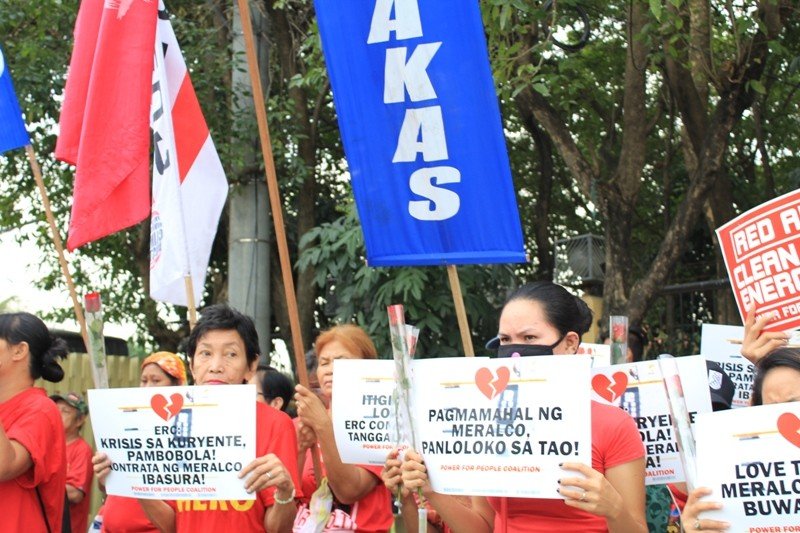 Member organizations of the Power for People (P4P) Coalition stormed the gates of the Senate during its Committee Hearing on the Energy Regulatory Commission (ERC) to protest the Court of Appeals decision lifting the suspension of the four ERC Commissioners this Valentine’s Day.

“We are here to advise suspended ERC Commissioners Alfredo Non, Gloria Victoria Yap-Taruc, Josefina Patricia Asirit, and Geronimo Sta. Ana to ‘move on’ from their posts and honor the suspension order given by the Ombudsman, finding them guilty of granting favors to Meralco and other Distribution utilities,” said Sanlakas Secretary General and P4P Convenor Atty. Aaron Pedrosa.

The Ombudsman decision was regarding the exemption of Meralco and other distribution utilities from the competitive selection process (CSP), supposedly in place to guarantee consumers affordable energy prices.

“This Valentine’s Day and for the rest of the 60-day Temporary Restraining Order (TRO) issued by the CA on the suspension, we call on the suspended commissioners to practice abstinence and leave the Meralco contracts untouched, as it is the very reason they were suspended,” Pedrosa continued. 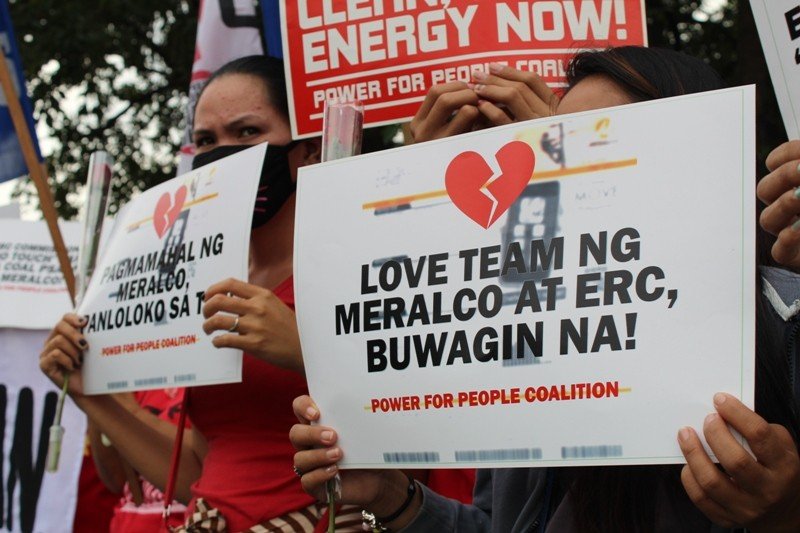 The group also previously questioned the CA decision which halted the officials’ suspension in order not to “impair public service” and cause “grave and irreparable injury” to the suspended commissioners.

“Greater public interest and service should always be upheld, but at times, this would mean suspending public officials, and temporarily disrupting operations of certain bodies, as is the case of the ERC,” said Atty. Avril de Torres, Legal Officer of the Center for Energy, Ecology, and Development. “In such cases, the remedy should always be for the appointment of acting or temporary public officials. Otherwise, every other public official found acting prejudicial to the best interest of the service may ask for the enjoinment of a suspension order simply because operations of his office will be disrupted.”

“What was supposed to be a protective measure for our environment and our people was stripped away under the lie of preventing ‘grave and irreparable injury’ to consumers,” said Kimberly Arriola of the women’s organization Oriang. “The CA need only look toward coal mining and coal operation-affected areas to understand the true meaning of ‘grave and irreparable injury.’ These are injuries that will not be fixed, and will be further exacerbated, by reinstating corrupt politicians in a commission that is central to ensuring the rights of the people amidst giants in the power sector.” 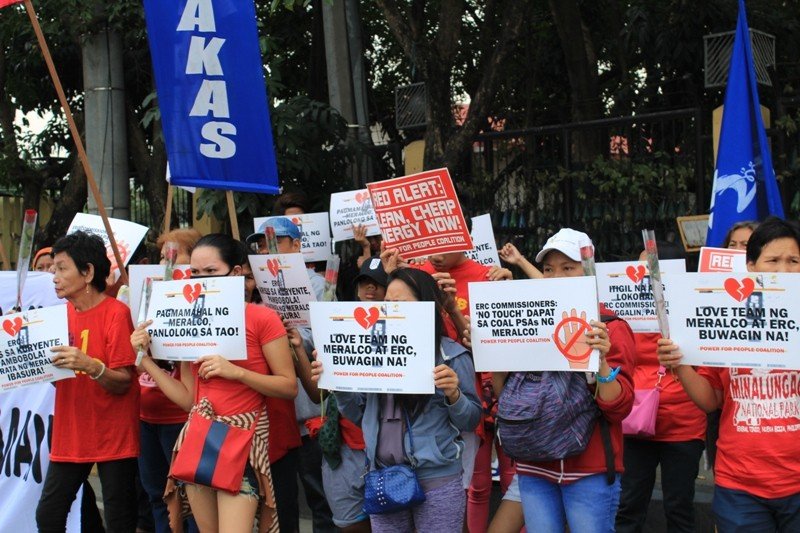 Further power hikes to be expected if PSAs push through The P4P coalition started raising awareness on the issue of the Meralco’s power supply agreements (PSAs) with its sister companies last July, which are not only plagued with allegations of corruption and regulatory capture, but will also add 3,551 MW of coal to the country’s energy mix.

“Despite the rising price of coal globally and the additional costs in generating power from coal, Meralco and its co-owned generation companies remain adamant in pushing through with their coal contracts because all the costs will be borne by the consumer,” said Freedom from Debt Coalition Erwin Puhawan. “When the coal plants to be constructed inevitably become unprofitable like in other countries, consumers will end up shouldering the burden of keeping them running at higher costs,” he continued.

“Meralco has repeatedly threatened consumers that there will be forced outages of several large power-generation facilities due to lack of supply if the contracts are not approved. Similarly, when the ERC Commissioners were suspended, ERC refused to enforce the suspension threatening the public with brownouts,” said Ian Rivera of the Philippine Movement for Climate Justice (PMCJ). “What is clear is that these are obviously diversionary schemes to distract the attention of the consumers away from the real issues and consequences if these deals will push through,” Rivera explained.

“Considering that coal-fired power plants take more than two years two construct, whatever power crisis is being referred to by the ERC and Meralco cannot be solved by building more coal plants,” Rivera continued. “In fact, outrightly rejecting the PSAs would enable Renewable Energy systems which are quicker to build to fill in the contracting gap which will be left by the junked contracts,” Rivera concluded.