Does Kate Middleton Have Baby Fever? Duchess Jokes About Having More Babies With Prince William 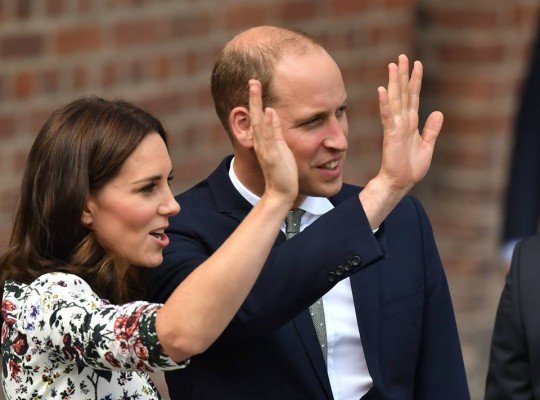 Kate Middleton was talking babies on her official visit to Warsaw, Poland this week. After she received some gifts that were best used for newborns, the Duchess of Cambridge cracked a joke at her husband about having children.

The gifts were soft stuffed cuddly bears meant for Prince George, 4, and Princess Charlotte, 2. Its designers, Polish sisters Julia Sielicka-Jastrzebska and Zuzanna Sielicka-Kalczynska, said the toys were ideal for kids younger than the royal kids’ ages as it can help with soothing newborns to sleep.

“We will just have to have more babies,” the duchess told Prince William after being handed out the toys and they both laughed. Nonetheless, the sisters were thrilled they got to meet the royal couple face to face and give them their creations called the Whisbear. They have been waiting for this moment for two years.

The sisters told Mirror that they sent Princess Charlotte a Whisbear when she was born and Middleton acknowledged this.  “She said to us, ‘I know you sent one of those bears to us’ and I asked her if she had used it and she said yes and thought it was great,” Sielicka-Kalczynska said.

The Duke and Duchess of Cambridge were at The Heart, an expo showcasing Poland’s start-ups.  The Duchess also received a t-shirt that had the printed words “i’mperfect,” which was part of a campaign about motherhood.

After Princess Charlotte’s birth, the royal couple has been plagued with rumors of a third baby. Countless of magazines have run stories claiming the pregnancy and that Kensington Palace was going to make its announcement but it has never happened.

If the Duchess does become pregnant again, then one thing will likely happen. She might not be able to go and watch Wimbledon, her favorite sports event, like last time. “I was very heavily pregnant,” the duchess said. “I wrote to him [Andy Murray] afterward saying sorry for not being there.”