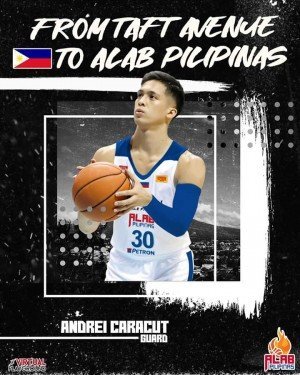 Caracut recently concluded his final season in the UAAP, as La Salle finished with a 7-7 record, failing to make the Final Four.

The 6-foot scoring guard became a UAAP champion in Season 79 for the Green Archers.

Prior to his collegiate career, Caracut was hailed as one the finest young stars in the Philippines. He is a product of the powerhouse San Beda high school program.

Caracut is expected to provide additional firepower to the Alab backcourt, which also has the likes of Jason Brickman, Jeremiah Gray, and Jordan Heading.