Gilas Pilipinas: Cone says SEAG no time for try-outs as he picks veterans over youngsters 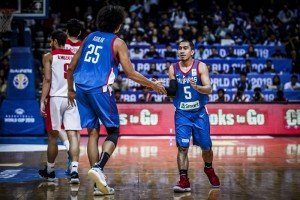 The current pool obviously misses some household names like CJ Perez and Robert Bolick, who both represented the Philippines in the 2019 FIBA World Cup albeit as replacements.

Cone said via a report on Spin.ph that the SEA Games team should be a win-now team basically, and he went for experience instead of youth.

“We didn’t add the young PBA players or amateurs because of the short window we have to prepare. We just don’t have the practice time for tryouts.

After the SEA Games, the SBP will come out with a new player pool that will address the long term.

Even amateur players initially reported to be part of the pool like Kai Sotto, Kobe Paras, Isaac Go, Thirdy Ravena, and Dave Ildefonso were left out.

Save for Manuel and Dela Cruz, all players in the 15-man pool have been veterans for Gilas throughout the World Cup Asian Qualifiers.

Perez and Bolick were instead named to the 3×3 pool which includes players like Baser Amer, Raymond Almazan, Chris Newsome, and Mo Tautuaa.