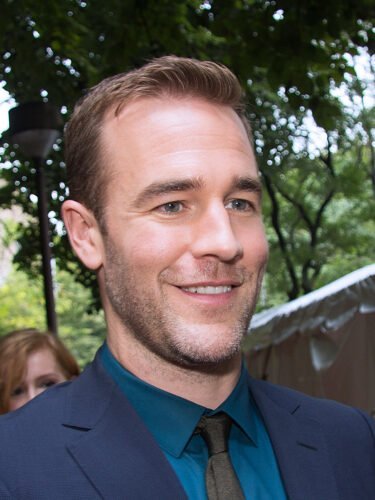 The 45-year-old actor was reportedly set to make $750,000 to front a podcast about his life and career for the broadcasting network but SiriusXM is said to have pulled the plug on the deal before recording has even started.

A filing obtained by The Blast reads: “In late 2021, (James) began to pursue an opportunity for creating a podcast based on his longstanding acting career, onscreen characters, and life as a husband and father of six. He would serve as the podcast’s host, conduct interviews, provide commentary and behind-the-scenes insight on past work, and share the kind of unique perspective as an artist, seeker, and public figure that has become the hallmark of his social media presence.”

According to the documents, the former ‘Dawson’s Creek’ star – who has children Olivia, 11, Joshua, 10, Annabel, eight, Emilia, six, three-year-old Gwendolyn and 10-month-old Jeremiah with his wife Kimberly – had “stopped negotiating” deals with other companies because the one offered to him was a “lucrative business opportunity.”

The filing continued: “This was a lucrative business opportunity that undoubtedly would have been a huge commercial success, given his worldwide fanbase. He stopped negotiating with other buyers and affirmatively rejected those other offers (as well as other acting opportunities) in order to devote his full time and attention to creating the podcast with Defendants.”

The outlet concluded by alleging that James Van Der Beek is asking the judge to “order the companies to pay him a minimum of $700,000 plus damages.”