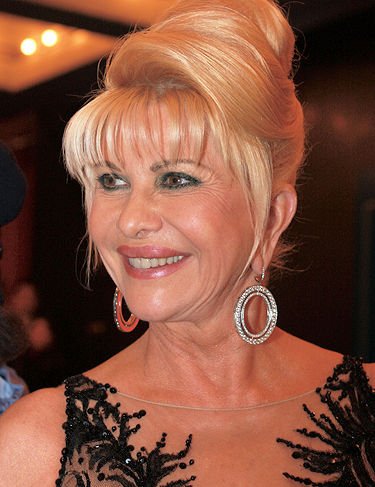 The funeral of  Ivana Trump will reportedly be held on Wednesday, 20 July 2022, at Andy Warhol’s favorite New York church.

It’s understood the 73-year-old ex-wife of former President Donald Trump, 76, will be laid to rest following a service at the St Vincent de Ferrer Catholic Church on Lexington Avenue.

Showbiz411 said church sources had confirmed the service would take place at the Manhattan landmark, built in the early 20th Century and famed as the favorite place of worship of late artist Andy, who died in 1987 aged 58, and who lived near the building in the 1960s and ’70s.

The site added: “There are reports that Donald himself will attend, along with current wife Melania.”

There have also been reports Donald’s third wife Melania, 52, will not attend the service.

Sources told the New York Post mourners are set to fly in from Europe to pay their last respects.

Proceedings of the ‘Celebration of Life’-themed ceremony are set to start at 1.30 pm, according to an invitation obtained by the newspaper.

The invite was also said to have requested those attending make a donation to a local dog rescue center instead of sending flowers.

Ivana’s three children with the former president are also reportedly planning to attend the funeral in downtown Manhattan, sources told The New York Post on Sunday. (6.17.22)

An insider said: “Donald talked to her regularly and sent flowers on every birthday and other occasions. I’m told he’s very upset.”

Read: Jennifer Lopez was like a ‘kid playing dress-up’ on her wedding day

Donald used his Truth platform to announce on Thursday (7.14.22) his first wife and mother of his three adult children had died at her home near Central Park on Manhattan’s Upper East Side.

The NYPD confirmed it responded to a call at around 12.40 pm local time of a person in cardiac arrest at 10 East 64th Street.

It said the death had no criminal element.

Ivana’s death was ruled an accident, with the New York City’s chief medical examiner saying it was the result of “blunt impact injuries to her torso” after it was reported she was found at the bottom of her stairs.

Ivana’s son Eric Trump, 38, has been seen regularly visiting his mother’s home since her death.

His sister Ivanka has paid tribute to their mother, calling her “bold” and adding she was “the person to go to”.

She recalled: ”If need be she’d act as the housekeeper. And did. Be the one to wash the dishes – and did.”

Donald said: “Her pride and joy were her three children, Donald Jr., Ivanka, and Eric. “She was so proud of them, as we were all so proud of her. Rest In Peace, Ivana!”