After a year spent expanding in Europe, with shows in Serbia, Russia, Poland, Italy, and Belarus, BRAVE Combat Federation has geared towards Asia once again in the first trimester of 2022. After its landmark show in its home in the Kingdom of Bahrain, the fastest-growing organization in the world will resume life on the road with its debut in Korea.

BRAVE CF 58 takes place on April 30th, in Incheon, and is hosted in association with Beast Championship Federation, a leading local organization. With the show, Korea will officially become the 26th nation to host a BRAVE CF show.

But not only that, Korea will be further proof of BRAVE CF’s commitment to the development of mixed martial arts in all regions of Asia, as BRAVE CF 58 also marks the organization’s debut in East Asia. 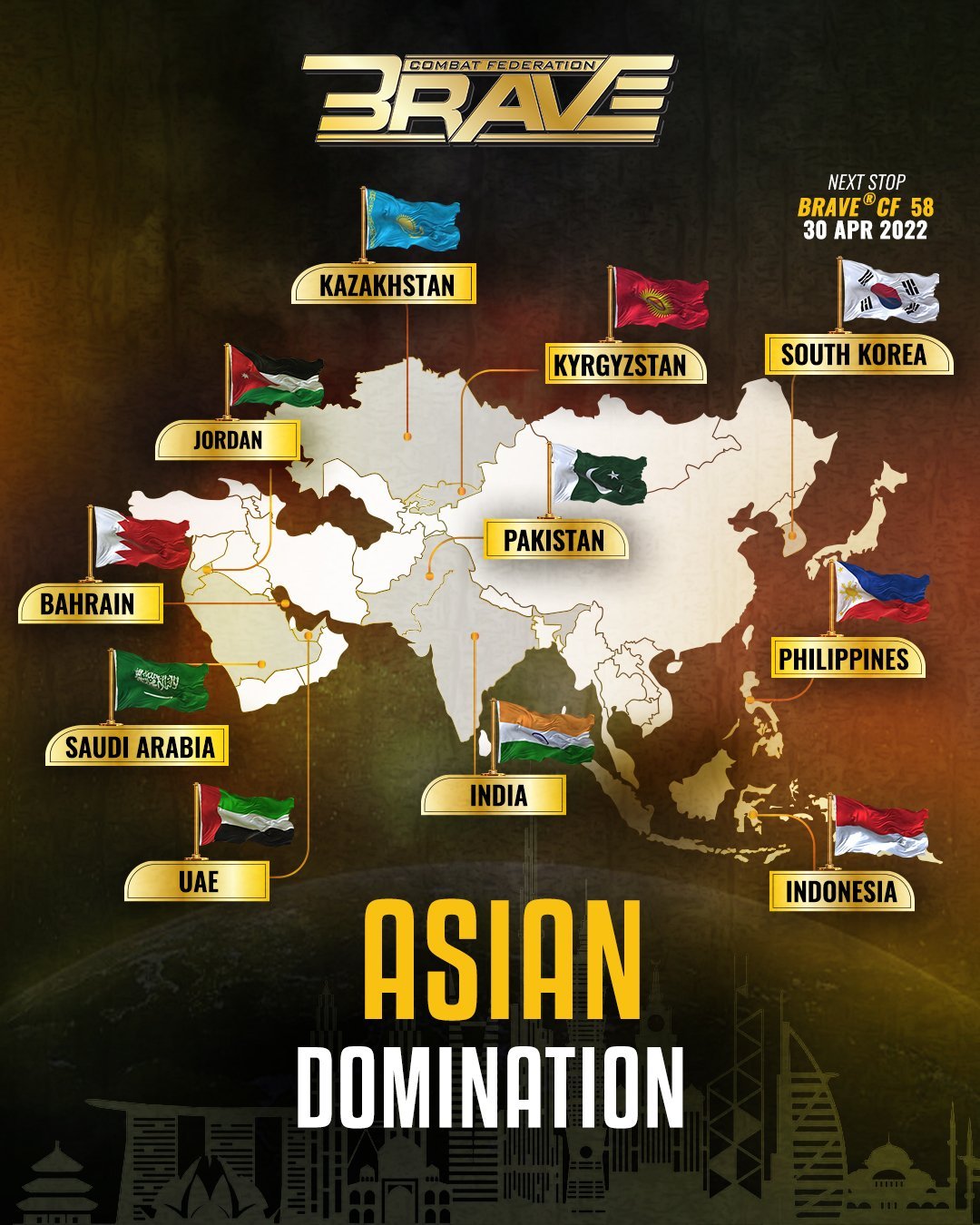 Korea joins other 10 Asian countries in having hosted BRAVE CF events, with all regions covered. BRAVE CF has previously gone to Bahrain, United Arab Emirates, India, Kazakhstan, Jordan, Indonesia, Pakistan, Saudi Arabia, Philippines, and Kyrgyzstan, with most of these countries have had more than one event out of the 57 already hosted by the promotion.

The fight card for BRAVE CF 58 so far also indicates the attention to the development of the area, by mixing local fighters from Korea and neighboring countries such as Singapore with international names from South Africa, France, Poland, Brazil, and others. By providing local names with global exposure and world-class competition, BRAVE CF hopes to accelerate the development of these athletes and the local scene as a whole, as is the norm with the organization wherever it goes.