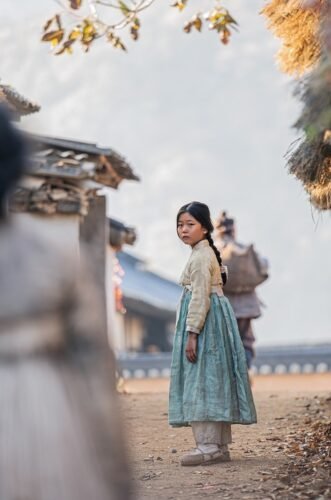 Apple TV+ unveiled a first-look and the premiere date for “Pachinko,” a highly anticipated international drama series that will premiere globally on Apple TV+ on March 25, 2022. The series will be told in three languages – Korean, Japanese, and English – and debut with the first three episodes followed by new weekly installments each Friday during its eight-episode season through April 29, 2022. The series is based on The New York Times bestselling acclaimed novel by the same name.

Epic in scope and intimate in tone, the story begins with a forbidden love and crescendos into a sweeping saga that journeys between Korea, Japan and America to tell an unforgettable story of war and peace, love and loss, triumph and reckoning.

“They say there are those projects that come along and change the very core of who you are as a filmmaker and a person. Undoubtedly, ‘Pachinko’ is that project for me,” said Soo Hugh. “Not only is this a story of my forebears, it’s my tribute to them – to all of the ‘Sunjas’ buried deep in all of our family’s history. It’s been an incredible honor to bring this series to life with this dedicated and gifted cast and crew.”

Apple TV+ is home to award-winning Apple Originals from today’s most imaginative storytellers. Apple TV+ offers premium, compelling drama and comedy series, feature films, groundbreaking documentaries, and kids and family entertainment, and is available to watch across all your favorite screens. After its launch on November 1, 2019, Apple TV+ became the first all-original streaming service to launch around the world, and has premiered more original hits and received more award recognitions faster than any other streaming service. To date, Apple Original films, documentaries, and series have been honored with 200 wins and 892 award nominations and counting.

Apple TV+ is available on the Apple TV app in over 100 countries and regions, on over 1 billion screens, including iPhone, iPad, Apple TV, Mac, popular smart TVs from Samsung, LG, Sony, VIZIO, TCL and others, Roku and Amazon Fire TV devices, Chromecast with Google TV, PlayStation and Xbox gaming consoles, and at tv.apple.com, for $4.99 per month with a seven-day free trial. For a limited time, customers who purchase a new iPhone, iPad, Apple TV, Mac or iPod touch can enjoy one year of Apple TV+ for free. This special offer is good for three months after the first activation of the eligible device.