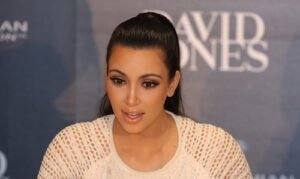 A source told E! News: “Kim and Kanye are not on good terms right now. She’s really trying to keep the peace between them and for the sake of the kids.”

Kim, 41 – who is dating comedian Pete Davidson – “is being neutral towards Kanye and doesn’t want any drama”.

The insider added: “Kim is really upset Kanye keeps talking about the family matters on social media. He thinks he still has full access to Kim and has no boundaries. She is over it.”

Earlier this month, Kanye claimed he’d been stopped from picking up and dropping off his kids at Kim’s home.

The rapper said that Kim’s security stopped him from entering her property as he went to meet his children.

He shared: “Earlier this week, Monday, when I went to go pick my kids up from school, the security stopped me at the gate. So at that point, security was in between me and my children and that’s what was not going to happen.

Meanwhile, Julia Fox thinks she is the “ideal candidate” for the “position” of Kanye West’s girlfriend because she doesn’t care about what people say about her.

The ‘Uncut Gems’ actress has struck up a romance with the ‘All Day’ hitmaker and believes part of her appeal is because she doesn’t worry about what is being written about her and isn’t trying to make everyone “love” her.

She said: “People shouldn’t be defined by their darkest moment. As humans, we commit violence to each other, we police each other. We’ve created such a hostile environment, especially on the internet. That’s why I don’t read the headlines.

“No [I don’t read the comments]. And that’s why I feel like I’m a really good candidate for this position because a lot of people in my shoes would probably be reading the comments and freaking out. I’m not trying to have everybody love me, I’m just trying to connect with people that are like-minded.”

When Kanye first started dating his now-estranged wife Kim Kardashian West, he famously overhauled her wardrobe, and Julia suggested he has done the same with her, but she is happy to be “surrendering” control to the rapper.

Asked the widest thing Kanye has dreamed up that she’s seen come to life, Julia told Interview magazine: “My transformation. After meeting him, a couple of days later, all my s***was in boxes, gone. It was so cathartic. It wasn’t like I was just packing up my old clothes, it was like I was packing up my old life. I was like making that very conscious decision to really put everything in the box. To let go of the past.

” I’m really surrendering. For someone like me who’s such a control freak and always so used to taking care of myself, to just let go and be taken care of is foreign at this point in life. I’ve been the primary caretaker of everyone for so long, so it’s a new sensation, but honestly, I think I deserve it… I just feel really safe with him. It’s a redemption story.

And it seems Kanye is even choosing Julia’s food for her.

Reflecting on a recent date night, she said: “I kept getting up, and every time I came back, what I ordered became something else. I ended up eating a Caesar salad.”