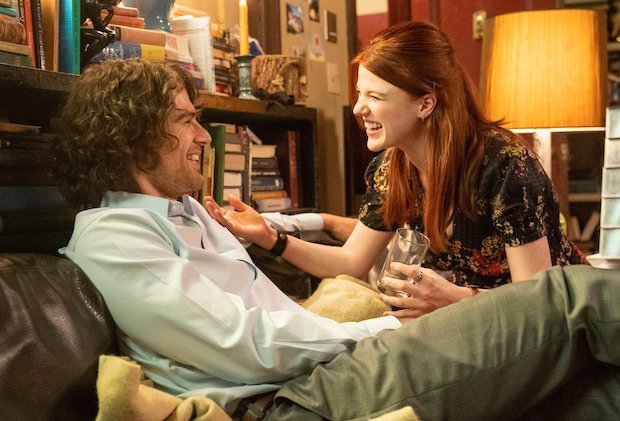 The HBO Original drama series “The Time Traveler’s Wife” is now in production in New York. David Nutter (Emmy(R)-winning director for HBO’s “Game of Thrones,” “Band of Brothers” and nominee for “The Sopranos” and “The Pacific”) joins the production as an executive producer and will direct the six-episode first season. The series will star Rose Leslie (HBO’s “Game of Thrones”), Theo James (“Divergent”), Desmin Borges (“You’re the Worst”) and Natasha Lopez (“Runner Runner”).

The show follows an intricate and magical love story, adapted by Steven Moffat from the much loved novel by Audrey Niffenegger. “The Time Traveler’s Wife” tells the story of Clare and Henry, and a marriage with a problem… time travel.

Steven Moffat, Writer and Executive Producer said: “This is a story of loss but it’s not a tragedy. It’s about a time traveler but it’s not science fiction. Despite Clare and Henry’s time scrambled relationship, this is the tale of a grand, ordinary love – but not necessarily in that order. This is a dream project for me. I have always loved Audrey Niffenegger’s extraordinary, moving novel and it has inspired me many times, so to be adapting it for television is the thrill of a lifetime. Working with David Nutter is a joy and an honour already, and with Rose Leslie and Theo James as Clare and Henry, and Natasha Lopez and Desmin Borges as Charisse and Gomez, this is going to be the love story we need right now.”

Francesca Orsi, Executive Vice President, HBO Drama Programming said: “Steven Moffat is the perfect writer to bring this beloved book and genre-bending story about marriage to life. We also couldn’t be more thrilled that David Nutter will be returning to HBO to direct all episodes of the season.”

Read: ‘The Good Fight’ returns for Season 5 on June 24

“The Time Traveler’s Wife” is an HBO and Warner Bros. Television production based on the book by Audrey Niffenegger, is executive produced by Steven Moffat (“Doctor Who,” “Sherlock”), Sue Vertue, and Brian Minchin through Hartswood Films; Joseph E. Iberti; and David Nutter.