‘The Beast Must Die’ to air on AMC and AMC+ 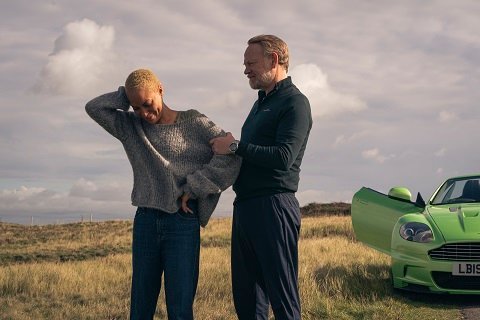 AMC Networks today announced that it has acquired the six-part revenge thriller The Beast Must Die, which will premiere on AMC and AMC+ later this year. The series is produced in partnership with BritBox UK, New Regency Television International and Ridley Scott’s Scott Free.

Starring Bafta-winning and Golden Globe & Emmy nominated Jared Harris (Chernobyl, The Crown, The Terror, Mad Men), Cush Jumbo OBE (The Good Wife, The Good Fight, Deadwater Fell), Billy Howle (The Serpent, MotherFatherSon, On Chesil Beach), Nathaniel Parker (The Inspector Lynley Mysteries, The Outcast, Vanity Fair) and Geraldine James (Downton Abbey, Back to Life, Anne with an E), and based on the novel by Nicholas Blake (pen name of Poet Laureate Cecil Day-Lewis CBE), The Beast Must Die tells the story of a grieving mother who infiltrates the life of the man she believes killed her son.

“This series will be something special for AMC and our AMC+ subscribers. It continues a legacy of very successful relationships with the brilliant Jared Harris and our friends at Scott Free, and forges new producing partnerships with BritBox and New Regency Television,” said Dan McDermott, president of original programming for AMC Networks. “The Beast Must Die honors the novel upon which it is based with a fantastic piece of television that cuts to the heart of grief, hate, revenge and allows us to ask questions about our own humanity in a remarkably engaging and suspenseful way.”

“We are beyond thrilled that The Beast Must Die is going to be shown on AMC, and couldn’t ask for a better television home in the US that stands for bold, quality drama. We hope audiences will be drawn into this emotional thriller and can’t wait for it to go out into the world,” stated Ed Rubin, Head of New Regency Television International.

The Beast Must Die is being directed by Dome Karukoski (Tolkien, Tom of Finland), produced by Sarada McDermott (Bridgerton, Official Secrets) and adapted for the screen by screenwriter Gaby Chiappe (Their Finest, Shetland, Vera). Executive Producers are Ed Rubin and Emma Broughton for New Regency, Marina Brackenbury and David W. Zucker for Scott Free, Nathaniel Parker and Gaby Chiappe. Endeavor Content brokered the deal on behalf of New Regency and Scott Free.

AMC Networks will be presenting a panel on The Beast Must Die at the virtual Television Critics Association (TCA) press tour on February 18.